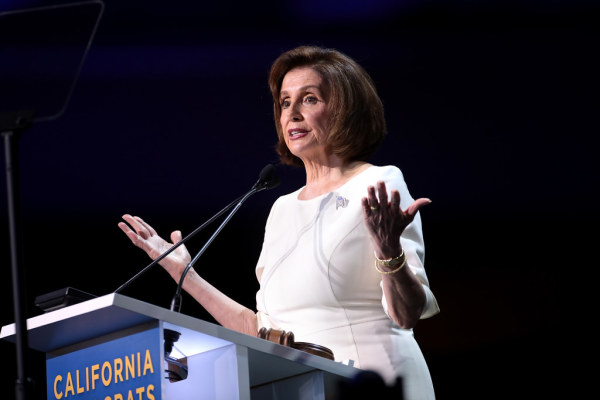 A letter was sent to House of Representatives Speaker Nancy Pelosi on Tuesday by House and Senate members stating that they were ‘astounded by her hypocrisy’ in seeking to overturn the election of Republican Representative Mariannette Miller-Meeks in Iowa’s Southeastern District.

The election results are in dispute as Miller-Meeks won the seat by a mere six votes. However, the open letter states that this result has been “counted, recounted, and certified in a bipartisan manner.”

After November 2020’s presidential election, many Republicans claimed that there had been irregularities surrounding the election and disputed its result. Pelosi responded to them:

“Stop the circus and get back to work on what really matters to the American people. It is most unfortunate that the Republicans will not respect the will of the people.”

The letter points to apparent inconsistencies in Pelosi’s principles when it comes to election security, stating:

“We write to express our outrage at the activities you have undertaken as Speaker in the matter of Congresswoman Mariannette Miller-Meeks as Representative of Iowa’s Second Congressional District. Iowans made their choice known at the ballot box and Congresswoman Miller-Meeks was elected fairly; the votes have been counted, recounted, and certified in a bipartisan manner. She has taken the Oath of Office and is already serving her constituents. We stand firmly with the American people of Iowa’s Second Congressional District – whose right and will it is for her to serve as their elected Representative in Congress.”

The letter points out that the objections do not originate from the voters in Iowa themselves but the Committee on House Administration:

“Furthermore, we are astounded by your hypocrisy as the Speaker to support an investigation into this free and fair election while simultaneously claiming voter fraud does not exist nationally. If election security concerns are unwarranted, as you claim, then there is certainly no reason for the Committee on House Administration to be moving forward with such an outrageous request to unseat the legitimately elected Congresswoman. Indeed, Iowa prides itself on having safe and secure elections, and the state itself has not indicated in any way that it has questions about its November 2020 election. Were the state to have concerns even after the extensive recounts, it is more than capable of evaluating the election it conducted.”

The letter points to the fact the Miller-Meeks’ Democratic opponent did not dispute the election results through the courts either:

“As it stands, Congresswoman Miller-Meeks’s failed opponent not only lost; she lost in such a clean race that the Hart Campaign did not even attempt to seek the legal remedy in the judicial system, as provided under Iowa law. This failure to follow through with the statutorily provided process to have any claims evaluated before an independent panel of judges underscores that the Hart Campaign does not have a case to make. If this were truly about who won the election, the courts would be involved – the courts have been thrust aside, not even consulted. This matter should be left to independent judges, not partisan politicians. This is not about what the American people want; this is about what you want.”

“The fact that you are willing to overturn an election for your own political expediency is astonishing, disheartening, and sickening. Additionally, you, Madam Speaker, sent a letter to Congresswoman Miller-Meeks on January 3, 2021, congratulating her on her ‘election as a Member of the 117th Congress.’ In addition to being profoundly hypocritical, this is morally reprehensible. There is no cause to question the voters of Iowa; there is no legitimate reason to open an investigation into a certified election outcome you do not like.”

A list of the 124 Members of Congress who have signed the letter in support of its message can be found here.