Arrest Made in Death of Amber Guyger Trial Witness 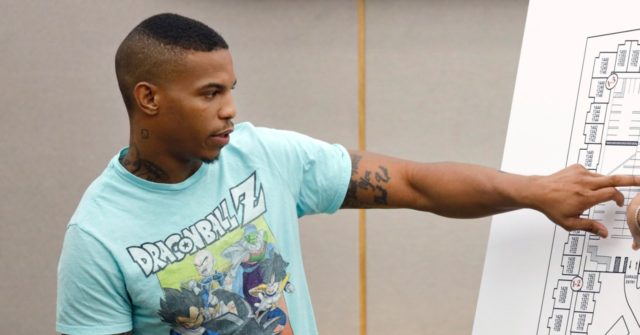 An arrest has been made in the murder of Amber Guyger witness Joshua Brown.

Brown testified in the trial that resulted in the conviction of Guyger, the former Dallas Police Officer who is now in prison for the murder of Botham Jean.

USA Today reported that Brown was found “shot to death” in a parking lot Friday, and NBC News reports that a suspect in Brown’s death was arrested today.

Police suspect a third man, 32-year-old Michael Mitchell, was the getaway driver after the alleged shooting.

Green and Mitchell are still on the run and police consider both to be “armed and dangerous.”

AWR Hawkins is an award-winning Second Amendment columnist for Breitbart News and the writer/curator of Down Range with AWR Hawkins, a weekly newsletter focused on all things Second Amendment, also for Breitbart News. He is the political analyst for Armed American Radio. Follow him on Twitter: @AWRHawkins. Reach him directly at awrhawkins@breitbart.com. Sign up to get Down Range at breitbart.com/downrange.