Following the World Health Organisation’s announcement of the “Covid-19 Pandemic” back in March, we have seen widespread panic envelop our country.  This has arisen not from the effects of the virus but from mainstream media’s narrative – a continuous 24/7 “killer plague campaign” – aided and abetted by a hapless College Professor named Neil Ferguson with his apocalyptic prediction of 500,000 deaths based upon a historically flawed modelling system leading to the subsequent lockdown of the nation.

Whether you believe this virus is akin to about of the seasonal flu or the plague is quite frankly irrelevant – however what is happening under cover of this “event” IS NOT – and that is where I believe we must focus our attention – a case of don’t look there, look here:-

I believe we will begin to hear much more about the “Great Reset” or maybe “the New Normal” or even “The New World Order” brought in under cover of this “pandemic”.

For the purposes of this article, I will be focussing on what is currently happening in the English Channel, myself and the Unity News Network team have undertaken a lot of work in this area, including recently filming a documentary on the front line in Dover.

In this documentary, I focus on human trafficking and the vast amount of money being made from this illegal activity, at the time of recording I believed the profiteering was from shady ruthless human trafficking gangs getting rich off the back of a very lucrative “industry”, but it would appear it doesn’t end there!

Thanks to Nigel Farage’s investigations down at the Kent coast, this issue has been brought fully into the media spotlight, illegal immigrants crossing the English Channel daily in their hundreds are packed on to coaches and whisked off to 4 star hotels throughout the country.

Every hotel Nigel visited was fully booked for the rest of the year and on each occasion, he was met at the door by Serco employees refusing to answer any questions.

Why is this happening in such a seemingly orchestrated unopposed manner?

My first step was to visit the Government’s website where I found this:-

The Home Office has awarded New Asylum Accommodation and Support Services Contracts (AASC) following an open and fair procurement exercise (whatever that means).

The new contracts offer a range of improvements, with a particular focus on assisting individuals through the asylum system. They will ensure that vulnerable asylum seekers have access to the support they need and set clear requirements on the standard and condition of accommodation.

The Home Office formally awarded contracts to the following providers:

The AASC contracts, will have an approximate value of £4 billion and are for 10 years.  The new contracts commenced in September 2019.

(Reuters) – Serco and Mears have won contracts totalling £2.9 billion from the British Government to provide accommodation and support for asylum seekers, lifting shares in both.

Serco bid for parts of the AASC contract despite having hundreds of millions of pounds in losses in 2016 from its predecessor, when refugee arrivals and costs outstripped budgets baked into fixed contract terms.

The hope is that … the risk/rewards on this contract are much more attractive. The structure of the new contract is very different and does not have volume risk and the same level of penalties.

Annual revenue from the new contract is expected to be about £150 million for Serco in 2020, compared to about £70 million in 2018 on the previous version of the contract.

In 2020 and thereafter we expect the AASC contracts to be materially positive to both profitability and cash flow, Serco said in a statement.

Serco has won the contract for the North West of England and the Midlands and East of England regions, where about 20,000 asylum seekers are living.

Rupert Soames the grandson of Sir Winston Churchill is the CEO of Serco.

Mears has been awarded contracts for Scotland, Northern Ireland and the North East, Yorkshire and the Humber.

The UN Refugee Agency (UNHCR’s) Definition of an asylum seeker

An asylum-seeker is someone whose request for sanctuary has yet to be processed.  National asylum systems are in place to determine who qualifies for international protection.

Illegal entry, transit and stay of third-country nationals who are not in need of international protection undermine the credibility of the common immigration policy.

Under these definitions those currently being escorted into Britain DO NOT qualify as Asylum Seekers so why are Serco and Mears profiting from illegal activity?

I will now throw out an interesting theory for everyone to ponder on, I re-iterate this  is a theory not a fact for all those FACT CHECKERS out there waiting to cancel freedom of thought.

The 2011 Census introduced a question on national identity FOR THE FIRST TIME. This was due to an increased interest in ‘national’ consciousness and demand from people to acknowledge their national identity.

English identity (either on its own or combined with other identities) was the most common identity respondents chose to associate with, at 37.6 million people (67.1 per cent).

English as a sole identity (not combined with other identities), was chosen by 32.4 million people (57.7 per cent). 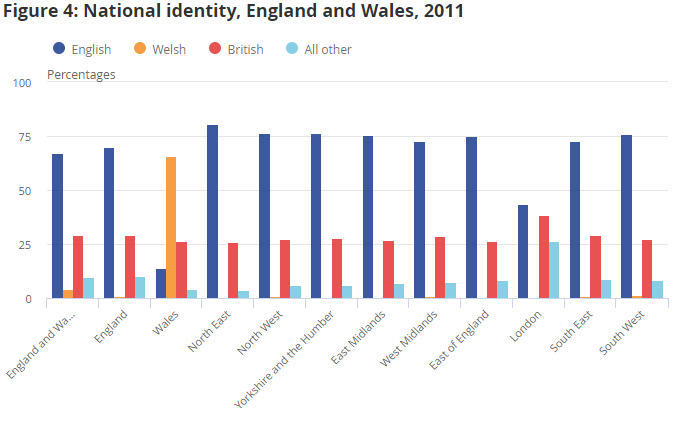 Remember this is for England & Wales only – The Home Office formally awarded contracts in the following areas:

I would ask 2 questions:-

As to the Theory, I have thrown open for discussion – the new question added in the 2011 Census revealed an overwhelming “National Consciousness” especially within the English population – this falls into perfect alignment with the British Government’s new Asylum Accommodation Contracts – is this a coincidence?.

I will just add this into the mix – following the 2016 Brexit Referendum result we have seen in full technicolour the absolute unadulterated loathing of nationalism/populism emanating from the International Community/International Rules-Based Order which seeks to undermine their “globalist agenda” – so is it just a theory?

I will leave that for you to decide.

You can watch UNN’s full documentary on mass illegal immigration into the United Kingdom via the English Channel by clicking here or below: