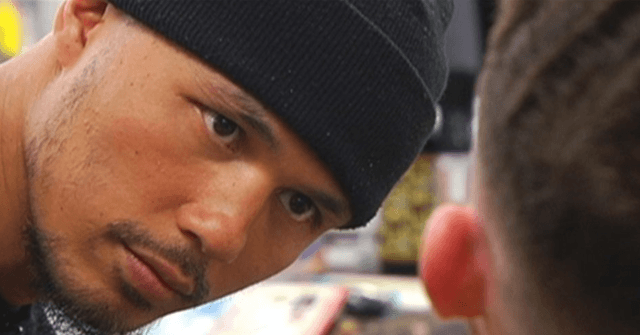 A barber from Kutztown, Pennsylvania, is paying kids to read a book while getting their haircut to promote literacy.

Barber Jon Escueta says that he noticed kids were so engrossed in their phones when they came to his shop that they didn’t notice anything going on around them, he told WFAA.

To combat illiteracy and promote self-confidence, Escueta decided to start what he calls “Books by Kids,” a program to have kids read books when visiting his shop.

Escueta and the three other barbers at City Cuts in the Allentown, Pennsylvania, suburb pay kids as much as $3 to read while having their urban-styled haircut.

The barber first tried such a program when he noticed the kids on the basketball team he was coaching had trouble communicating with each other clearly and he decided to have them read more to help with their communication skills.

After seeing success with the idea on the court, he added the program to his barber shop, too.

Escueta hopes this mentoring and his example of being a successful business owner in the city can inspire kids to become productive members of society.

WFAA found one young customer who praised Escueta’s program. The young man said all he wanted to do was play around before he began Escueta’s program. “But now I just want to learn and get good grades,” seventh-grader Isahia Ventura said.

Isahia’s father agreed, saying that before the boy started getting haircuts at City Cuts, he was a D student. But now he is getting As and Bs.

“Here it’s more than a barbershop for him. He looks at these guys like big brothers,” the boy’s father, Eric Colon, said.

“Our goal is for kids to build their confidence by reading in front of others while getting a haircut. Plus they will receive $3 for reading while in the chair. About 75% of Adults fear Public Speaking.”

Since then, Escueta has been getting high praise, and books sent to him from all over the world.