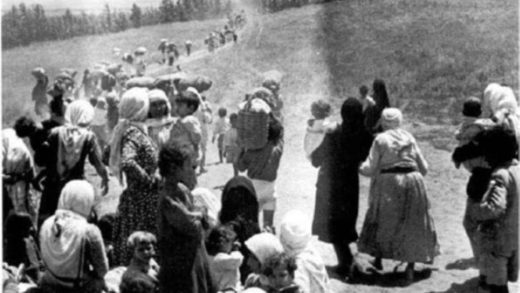 Israeli historian Benny Morris is known for his uncovering of some of Israel’s darkest secrets from the Nakba and later. Only a week ago, he was mentioned in detail in Hagar Shezaf’s staggering investigative report in Haaretz titled “Burying the Nakba: How Israel Systematically Hides Evidence of 1948 Expulsion of Arabs”. The piece uncovered a secret yet systematic operation by an Israeli Defense Ministry department, causing critical Nakba archives to disappear from the public eye – archives that had already been cited since the late 1980’s by historians such as Morris.

Yesterday, a Hebrew-only piece appeared in Haaretz, by Morris, titled “The Director of Historical Revisionism in the Defense Ministry”. The title is a sarcastic pun on the name of the revealed department, the “Department for Security of the Defense Establishment” (acronym Malmab in Hebrew).

Morris congratulates Shezaf for her “excellent investigative report” and continues to tell in detail of the disappearance of archives he had quoted from concerning the massacre of Deir Yassin from 1948.

Morris’s exposure reveals a multi-layered conspiracy of cover-up, historical revisionism and censorship that cuts across many decades:

About two years ago, when I was preparing a collection of articles for my recent book in Hebrew (From Deir Yassin to Camp David), I asked the Defense Ministry and IDF Archive for permission to peruse anew documents which regarded the massacre which was committed by the Etzel [Irgun] and Lehi [Stern Gang] in the Arab town Deir Yassin, on the western approaches of Jerusalem, on February 9th 1948. On that day 100-120 of the village residents were killed, most of them children, women and elderly. These documents were open to researchers and the wide public at the beginning of the 21st century and I had quoted from them extensively in the English article “The Historiography of Deir Yassin” which I had published in 2005 in the Tel Aviv University’s Journal of Israeli History. I had now asked to peruse them again, but the directors of the archive refused my request. They had no explanation other than the statement: “now the documents are closed”.

Morris reveals that the documents he was seeking were not only from 1948 (reports from the Haganah Intelligence Service), but also from much later – 1971.

The 1971 documents relate to secret discussions between former Haganah/IDF officials and Foreign Ministry officials concerning what happened in Deir Yassin. And the reason for the discussions is a booklet that was published in 1969 by the Hasbara Department of the Foreign Ministry, under Abba Eban. Morris explains about the content:

In the booklet it was claimed that there was no massacre in Deir Yassin and that the story about the massacre is supposedly an Arab fiction, ‘part of a collection of fables’. 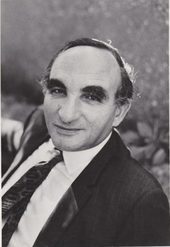 Morris also discloses that it was his father, the late Yaakov Morris, who was the author of the booklet. The release of the booklet caused uproar amongst veterans of the Labor movement who had been leaders in the Zionist militias and the Israeli military in 1948, and they complained about the booklet. In 1971, Shaul Avigdor, who had been a Haganah immigration official, sent a complaint to Gideon Rafael, Director General of the Foreign Ministry. Avigdor attached an opinion from Yehuda Slutzki, author of the official Haganah history book, who affirmed that there indeed was a massacre in Deir Yassin. Yitzhak Levy, who was head of the Intelligence Service in Jerusalem in 1948 and later became Deputy Director General of the Prime Minister Office, wrote to Menahem Begin (Irgun commander and later Prime Minister) also in 1971 – Begin had denied the massacre.

Levitzeh [Yitzhak Levy] wrote that he had investigated the story at the time, and found that Deir Yassin was a quiet town, which had not participated in the battles of 1948 and that indeed a massacre had been perpetrated there by the Irgun and Lehi. Also Israel Galili, from the heads of the Haganah in 1948 and at the time a senior minister in the Israeli government, complained directly to Eban. Eventually Eban replied that his office had shelved the discussed booklet.

The relevant letters from 1971, which were open for perusal in 2003-2004, were closed to researchers and the wide public by order of the Malmab, and therefore in 2018 I was prohibited from seeing them. As well, most of the “incriminating” material from April 1948, which was written by the Intelligence Service officers and was open in 2003-2004, was closed by the Malmab (by the way, even earlier, since I began to work with 1948 matters from the early 1980’s, the Archive of the Defense Ministry and IDF has consistently refused to release for review photographs of the slain of Deir Yassin, which were apparently taken by the Intelligence Service people before they were buried).

The conquering of the town was done with great cruelty. Whole families, women, elderly and small children were killed… Some of the prisoners were taken to detention centers including women and children and cruelly murdered by their captors. 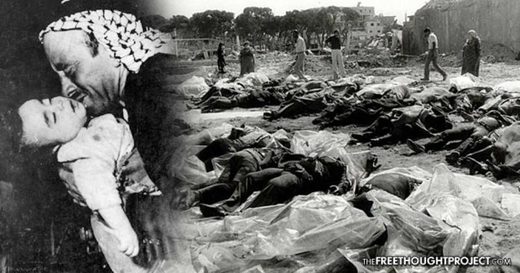 Levy had supplied his report the day after with a follow-up from testimonies of Lehi militants:

Lehi fighters raped a number of women and murdered them later.

Morris writes that these reports contain many more acts of the Irgun and Lehi in Deir Yassin, including looting etc.

Morris decries the “idiocy” of the Malmab in hiding these materials, since “the whole story was told and publicized since 1988 in many books in Hebrew and English, from my pen and from others”. But he resigns to the logic of it all:

Yet, as transpires from Shezaf’s article, the heads of Malmab in their actions hope or hoped that inaccessibility of the Israeli materials, which they had enforced, would cause doubt regarding the work, the conclusions and the very credibility of the researchers – including this writer – in whoever reads their books and articles.

What a cover-up, what a conspiracy (and that’s not just a theory). Everything is being buried, by an arm of the Israeli government. If someone were doing this to Holocaust documents, there would be a cry to the heavens. What a shame. The Jewish State is actively trying to erase the Nakba and any critical discussion of it. Holocaust denial is illegal in Germany – but Nakba denial is not illegal in Israel, and it is thriving.