BEST OF THE WEB: What makes Iran strong enough to stand against a superpower like the USA? 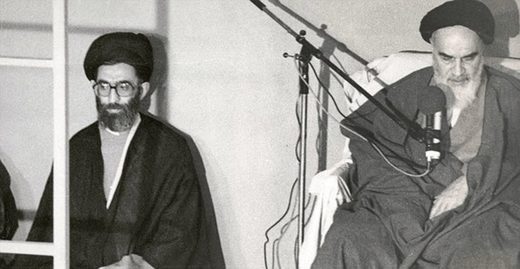 During the Iran-Iraq war in the 1980s the Islamic Republic of Iran deployed the slogan “Karbala, Karbala we are coming” ( كربلا كربلا ما دارييم مياييم) to “defend the value of Islam”. In Syria the battle cry “Zeinab shall not be abducted twice” helped mobilise Shia allies and rally thousands of men to fight the Sunni Takfiri of al-Qaeda and the “Islamic State” (ISIS). Today, despite the existential battle between Iran and the US, the “Islamic Republic” no longer uses religious slogans, but is instead rallying support on a national basis. Even Iranians who disagree with the present regime are supporting their country in the face of the aggressive posture of the US. Iranian pragmatists were disappointed by the US’s unlawful revocation of the JCPOA nuclear deal. Severe sanctions are being imposed on the Iranian people because Trump ditched the deal to please Netanyahu and to spite his predecessor Obama. In the face of these sanctions, the Islamic Republic refuses to bow to US dictates. Unlike other Middle Eastern countries who willingly submit to Trump’s blackmail and bullying, Iran says “NO” to the superpower. Why? How can Iran do what Saudi Arabia and other regional powers could do but will not?

Iran manufactures its own tanks, missiles,submarines and is a member of the global club of nuclear science capable countries.

Iran has strong allies in Lebanon, Syria, Iraq, Palestine, Afghanistan and Yemen and can rely on them to take part in any war imposed on Tehran, even one imposed by the US.

Iran has democratically elected members of the parliament and a President who serves a four-year mandate and has the right for a single term renewal if he wins via the ballot, unlike Arab states who have presidents for life or inherited monarchies. Christians and Jews are recognised minorities in Iran; the Jews have a member of the Parliament, Siamak Moreh, and feel “safe and respected“. They number around 15,000 out of 85 million Iranians and have more than 25 synagogues.

Iran has faced US sanctions for over 40 years without bowing to US demands. It has confronted the US in many arenas around the Middle East and recently shot down a drone to send the clear message that it is ready to face war and its consequences, if war is imposed on it. Iran is ready to pay the price of defending its air, water and lands; it will not compromise on any violations of its sovereignty even by a superpower like the US. Iran is sending a message to the US, its main ally Israel, and to all Middle Eastern countries: it will retaliate harshly against any aggression.

Iran is not afraid of regime-change attempts because its electoral system is in the hands of the people, and, if hit internally, Iran has the capacity to hit back anywhere its allies are deployed, against its regional enemies wherever they are deployed.

Iran’s situation should not be unique or surprising. It is natural to have democratic institutions. It is normal for a country to have allies ready to stand by and lend support when needed. It is ordinary for any country to use force, when needed, to defend its sovereignty and protect its borders. Citizens support their government and armed forces when they defend the country against aggression and when their rulers take tough and courageous decisions.

There are no voices in Iran calling for the fall of the current regime despite the US “maximum pressure“. The Iranian President responded with “maximum patience” for 14 months before taking the first legal step to partially withdraw from the nuclear deal. Rouhani then moved towards a “confrontational strategy” and has ended up adopting a “strategy of equal response” against any attack. The Iranian Revolutionary Guard Corps (IRGC) has no need of religious slogans this time because Iranians are united, regardless of ethnicity, behind their leaders and against the US. Trump has managed to unite the pragmatists and the radicals under one flag, against him. 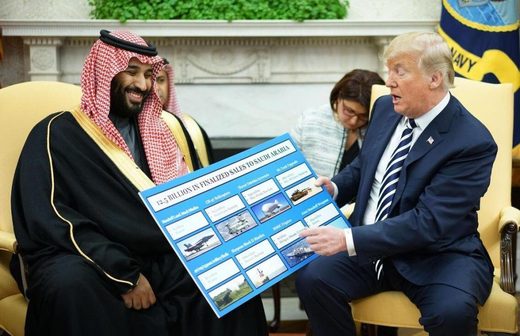 Europe rushed to play a mediation role in a failed attempt to ease tensions between the US and Iran. European leaders have little leverage against President Trump because they are far from united, even if they are signatories of the JCPOA nuclear deal and are therefore bound to respect it.

Iran imposed on Europe the devising of a new payment system, INSTEX, notwithstanding its lack of effectiveness. INSTEX shows the will of European leaders to accommodate Iran in order to stop its production of nuclear bombs. That is a substantial European effort.

Iran will not give up on its allies neither would they because they are at the forefront of its national security and the defenders of its values and existence. Without them a confrontational policy towards US hegemony would not be possible. The harsh sanctions on Iran have hurt its allies but have not deteriorated or even affected their military capabilities.

If all these Middle Eastern countries were to stand up against the “neighbourhood bully” as Iran has done, and invest a fraction of what they are paying Trump in the region’s development and prosperity, the US would be incapable of racketeering Saudi Arabia, Qatar and the Emirates.

And last but not least, Iran rejects the plan Trump is attempting to impose on the Palestinians: a demand that they sell their territories for a handful of dollars. Many Middle Eastern countries have adopted the childish plan of an amateur – Jared Kushner, who holds power only because he is the US President’s son-in-law – who believed he could achieve what many experienced presidents and diplomats failed to do over decades. Iran, together with Iraq, Lebanon and Kuwait, has rejected the “Deal of the Century“.

Trump admits that he understands only “the language of figures and money”. Iran’s response to the US blackmail strategy embodies the perception that this world only respects and understands those who manifest strength and refuse to submit to coercion, and its conscience is only awakened by those who have the will to resist.