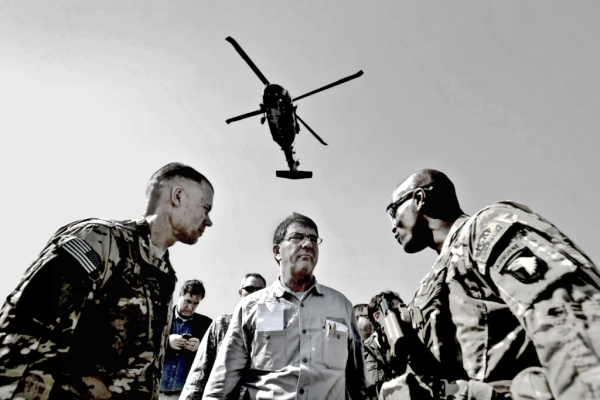 It is said that Afghanistan is a land where empires go to die. With the exception of the Soviets, this is a gross exaggeration. It is more like a land where empires go to waste treasure and resources and human lives for very little or no return. Less of a graveyard; more of a money pit. Though weakened by their Afghan experiences, very few empires are annihilated by it. The Biden/Harris administration seems uninterested in Afghanistan and are making noises about leaving the theatre entirely. When their final decision comes out, no doubt it will be exactly mirrored by the British Ministry of Defence and senior politicians, as always. Whatever the Chiefs and the Pentagon top brass want, we will dutifully fall in line.

Perhaps now is an apt time to take a look back at Britain’s stormy relationship with Afghanistan, for the British army has a long and storied history there.

When I was a young man, little more than a boy, George Bush Jr decided that governments who harbour terrorists were to be treated as enemies and pariahs. At first, at least, this was in order to hunt down Bin Laden and remove the Taliban from power in Kabul. Though it took somewhat longer for special forces to finally get their man, a brief but concerted air campaign brought the Taliban to their knees in a matter of weeks. US and UK troops – along with a handful of ‘the willing’ – have been there ever since.

At the time, and for many years afterwards, I failed to grasp how historically uncanny it was to have British forces in places like Kandahar and Helmand and Herat. I was vaguely aware that during the reign of Queen Victoria there had been expeditionary forces sent into Afghanistan, but had not realised quite how many, nor quite how striking, the parallels were.

The story of Britain’s involvement in Afghan affairs dates back to the first half of the nineteenth century, when gigantic empires straddled the earth and played with small nations as though they were pieces in a type of huge and glorious game. Indeed, historians have called the struggle between Russia and Britain in Central Asia during that period ‘The Great Game’. By the late 1830s, The British East India Company was firmly entrenched in India and Pakistan (known then as the Punjab Province of British India) and controlled territory on behalf of The Crown all the way up to Peshawar and the Khyber Pass. The Russian empire had bested both the Ottomans and the Persians in the previous generation, so only the largely unmapped vastness of the Afghan plains stood between the two juggernauts. Strategists in both St Petersburg and London realised that Afghanistan, the crossroads of the world, would be vital for dominating commerce and baffling their opponent.

So it came to be that The East India Company marched tens of thousands of men to Kandahar and then Kabul, keen to pip the Russians to the post. Rory Steward paints a good picture:

‘The British entered Kabul in squadrons, the royal horse artillery in gold, the lancers in scarlet, the dragoons in blue, the ostrich feathers on the hats of the envoys; with all the glory of a parade, a victory parade. But around them in the crowded bazaar, blank faces, hostility, suspicion.’

Yet ultimately this Army of the Indus, as it was called, got chopped to pieces when forced to flee by a popular uprising; famously only one man, the surgeon William Brydon, making it back to Jalalabad alive.

An army of retribution was sent which cut a swath through Afghanistan and destroyed large sections of Kabul before a shaky political settlement was signed.

This ‘surge’ failed though, so The Company and The Crown left empty-handed and with a bloody nose. Sound familiar?

Seemingly not having learnt any lessons, by the late 1870s, after the horrors of the Crimean war, London was again looking to thwart Russian expansionism in Central Asia. Having found Cossacks in Kabul, it was decided to plunge into The Great Game once more. In a near-exact reproduction of the first Anglo-Afghan war, a British force was massacred in Helmand, and a further army of retribution was sent to revenge their killings.

This time the ‘surge’ was led through the Khyber Pass by Earl Roberts – ‘General Bobs’ – who again cut a swath through the land all the way to Kabul, defended his fortified compound, then led an extraordinary retreating action back to British-controlled India. The very stuff of Victorian legend.

Other than tales of dash and daring-do, empty hands and a bloody nose was all there was to show for it, again.

The third Anglo-Afghan war was a sordid little affair in 1919 involving a sneak attack on British forces right after World War One – when it was thought we were at a weak ebb. Sharp reprisals were called for, and once again nothing was gained apart from a touch of humility.

So when British and American boots hit the ground in 2001, it was, in fact, the fourth explicit and direct intervention in Afghanistan by our forces. What a quirk of history that Guards regiments and Gurkhas should be fighting in Helmand in the twenty-first century. Running gun battles between horribly young British squaddies and rural Afghan villagers, neither of whom have the remotest stakes in The Great Game. Blair had apparently thought that helicopters and GPS and night-vision goggles would mean that Afghanistan would be more easily subdued this time around.

Unfortunately, Blair’s strategic capacity proved to be child-like, to put it kindly.

Twenty years on, then, and perhaps this latest incarnation of Western troops in Afghanistan is drawing to a close. To be frank, it has achieved very little. Islamic fundamentalism and opium production are still as rife as they ever were. The Pentagon will leave the region with empty hands and a bloody nose. How terribly familiar.

If Biden ever knew any of this, once upon a time, it seems unlikely that he now has the razor-sharp political insight to draw deep and profound lessons from Victorian adventures in Afghanistan. Regardless, the net result is arguably the best course available, i.e., to leave.

Major General Roberts, 1st Earl Roberts, put it plainly and succinctly when he mused, “We have nothing to fear from Afghanistan, and offensive though it may be to our pride, the less they see of us, the less they will dislike us.”

B.B. Dade is a history fan with a mic. He holds degrees in Ancient History and in Government, Policy and Politics. With a background in asset management and private banking, he is currently working for a commodities trading firm. Follow him on YouTube.