Brexit: a deal is still possible

Brexit: a deal is still possible 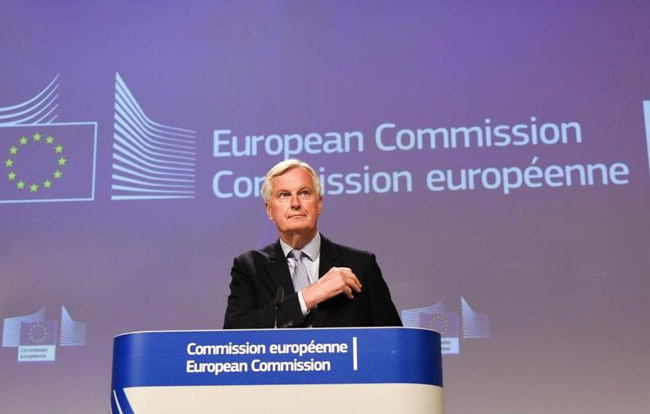 We have a new statement from Michel Barnier. Still there is no sign of progress. At least now, though, the British strategy is clear. It probably has been all along for those still with the energy to follow every twist and turn, but the clue was the release of the UK’s new “global tariff” regime.
It wasn’t the sweeping unilateral liberalisation à la Minford that the Tory right have been agitating for. If anything it was a bit of a tidy up with a few signals and a few red herrings. On the whole, though, the divergence from the EU wasn’t great. It was enough to cause an admin headache for those who contend with rules of origin but tariffs on motor vehicle remained where they are.

This ignited a number of conversations which largely missed the point. The whole exercise was a signal to EU member states as to what tariffs they’d be facing in the event of no deal. They still believe that German car makers will come rushing to the rescue, applying pressure on Mrs Merkel.

I’ve always been sniffy about this. It is not without leverage but it was never going to move the EU away from its fundamental philosophy. The other pincer the UK is exploiting is the timing. We’re seeing no movement on the British side as regards to the level playing field and fishing, and with the firm position on not extending the transition, the hope is that the EU will soften its position in order to secure a deal on tariffs at the very least.

We are told there are signals the EU may move from its position on the level playing field, and it entirely stands to reason that they can. The offer as laid down in the draft treaty is more proscribed than the Ukraine association agreement. The UK can easily argue that by the EU’s own proximity benchmark their demands are inconsistent.

If then the EU does move away from its existing demands in line with the Ukraine agreement, it still gets provisions broadly in alignment with the TFEU state aid rules, none of which present any serious impediment to UK sovereignty unless it intends to go rogue and start subsidising and bailing out without regard to the international implications and possible retaliation.

Though the mood among the commentariat is pessimistic, this is all following the same pattern as last time around, where we see no serious movement until the final hours, so a deal is still within the realms of possibility. That the UK is apparently not engaging seriously outwardly suggest there is no sincere attempt to secure a deal, but this is all consistent with pushing the window toward a looming deadline.

This in our view is a serious mistake. The UK should not be seeking a cut and run Brexit with a deal cobbled together at the last minute. A threadbare deal with minimal regulatory cooperation may be in line with the Tory philosophy but the real world demands of trade suggest we will end up revisiting the relationship, not least when the “global Britain” dogma falls flat on its face.

From the beginning we needed a realistic assessment of the kind of relationship we needed and will inevitably end up in, and taken a more collaborative approach rather than the confrontation we now see. Repairing our EU trade will prove a lot more difficult after the fact and this approach is ultimately self-defeating in that the next major round will be defined and conducted by whoever follows the Johnson administration.

As we continue to point out, tariffs are only of partial significance to trade, and what makes the difference to exporters is the reduction of overheads in the supply chain that comes with regulatory harmonisation. For many this is the difference between making a profit and not making a profit, and without a more comprehensive deal an agreement on tariffs is neither here nor there.

Brexiteers continue to insist that no other third country is expected to adopt EU regulations, but as ever, those with the most assertive opinions on EU FTAs are those least likely to have read one. South Korea adopted the EU’s REACH legislation in order to trade freely with the EU, and Japan took in, unchanged, the EU’s environmental standards on automobile construction. Legislative harmonisation is central to the EU’s “new generation” of comprehensive trade agreements. Especially so for neighbouring countries.

We were always of the view that the UK needs a comprehensive relationship with the EU, and Covid underscores the necessity. With China now renewing interest in CPTPP, Britain is set to leave the single market to join a Pacific bloc dominated by China. This does not strike us as especially sensible. Nor is it consistent with our current foreign policy and general attitude to China. Being that we are also seeing a trend shift back toward nearshoring, and with biosecurity issues set to be the new fashion in trade, our EU trade matters as much as it ever did.

That certainly doesn’t help is the news this week that the UK is dropping its opposition to possible imports of chlorine washed chicken. Brexiteers have it that if you don’t want it, simply don’t buy it, but with the US viewing country of origin labelling as a barrier to trade, consumers will be denied the choice. Moreover this misses the point that regulatory divergence and a weakening of food safety standards has serious implications for our food exports travelling into the EU while adding further complications for Northern Ireland.

The technical aspect of the “chlorinated chicken” debate has always evaded the Brexiteers, and the debate is mired in simplistic nostrums and misapprehensions. This much is understandable for the average Brexit headbanger but the government has no excuses. It’s not as though they haven’t been told even by their own trade gurus.

One could easily be forgiven for thinking that, having committed us to leaving the single market and seeking only a minimal deal with the EU, the UK has little choice having bet the farm (or rather our entire agriculture sector) on a deal with the USA. Either the penny dropped too late or didn’t drop at all.

What’s puzzling here is the CBI’s position on all this. Carolyn Fairbairn, “Director General” of the CBI has told Newsnight that UK business has the “resilience to be able to plan for a ‘no deal’ Brexit,” and that they have “no interest in delaying”. We can only assume the CBI’s been got at. Nobody does a 180 like this without a threat or a bribe. Arise Lady Caroline?

It’s clear there is a plan in motion here. Not a very good one it seems, but it looks like we are going with a pivot toward the USA with a view to extensive deregulation, with the emphasis on a US deal to bind any successor from re-aligning with the EU. A big gamble given America’s present political instability and its present hostility to opening its own services markets. We’re not likely to be offered anything close to what’s obtainable from the EU.

What should concern us all is the lack of transparency in all this. Promises were made as regards to food standards and broken. There is an agenda in play yet we are meant to guess what it is and all under the smokescreen of Covid, without the full attention of the media. This is looking more like a train robbery every day.One thing is clear, Tory Brexiteers couldn’t give a fig about the values Brexit notionally represents. It would appear they’re dancing to the tune of their donors, with the British people a distant second in their priorities.