Brexit MEP: ‘We Will Flourish, And That’s What Petrifies the EU’ 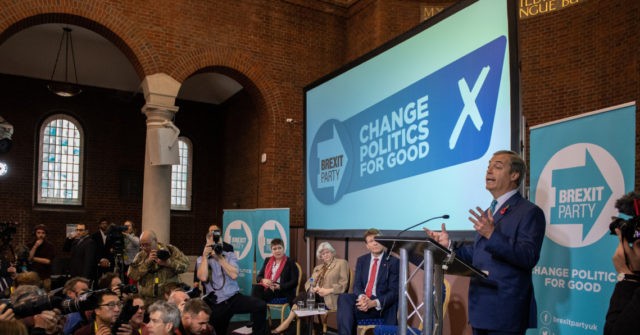 Speaking at the Brexit Party snap general election campaign launch on Friday after leader Nigel Farage made what appeared to be a final offer to Boris Johnson to come to an accommodation for an electoral pact to fight the coming campaign, MEP Benyamin Habib looked at the bright future Britain could enjoy — if it isn’t bound by the Boris Johnson’s new EU treaty.

Mr Habib said the apocalyptic promises of the Project Fear campaign were being proven wrong one by one, and even better times were yet to come. He told Breitbart London:

Mark Carney said the City is ready for a no-deal. We’ve not lost jobs, we are ready to go… Now they are clinging to ‘you won’t be able to buy lettuces for a few weeks’ as their last hope for Project Fear. Well, Project Fear is dead and we’re ready to trade without the shackles of the European Union.

The top businessman — who enjoys the distinction of being one of the most financially successful members of the European Parliament — was particularly scathing of Boris Johnson’s deal, which party leader Nigel Farage has made abundantly clear must be dropped in return for his electoral support.

While such a demand may seem like a big ask, the polling and peculiarities of the British electoral system mean Mr Farage’s support could be crucial if Johnson wants to avoid another hung parliament.

Calling the deal “awful”, Habib noted some of the many ways in which Mr Johnson’s new EU treaty would bind Britain’s ability to flourish after Brexit, remarking: “We should be a country that should be able to cut taxes, if we wish to, which we can’t under Boris’s deal.

The comments came just hours after a bombshell achievement for Nigel Farage as U.S. President Donald Trump called in to his nightly talk radio show from Washington D.C. and heavily praised the Brexit leader while talking up the prospect of co-operation between him and Prime Minister Johnson.

Trump Backs Boris-Farage Election Pact, ‘Corbyn Would Be So Bad for Your Country’ https://t.co/m82AECdMmj