Carney: How the Fed and Democrats Are Depressing Business Investment 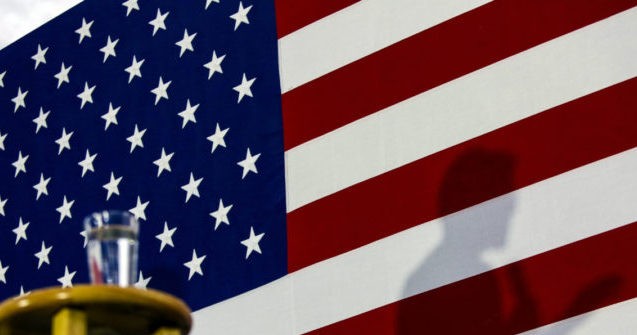 The Federal Reserve may need to look into the mirror to find the source of uncertainty that it says is holding back business investment.

Business investment fell in the third quarter of this year, falling 3.0 percent following the prior quarter’s decline of 1.0 percent. Investments in nonresidential structures fell 21.3 percent to a seasonally adjusted annualized rate of $609.7. That’s actually below last year’s $633.2. Investment in equipment declined 12.4 percent compared with the previous quarter, hitting an annualized rate of $1.24 trillion–only slightly better than 2018’s $1.22 trillion.

But it was not all bad news for investment in the U.S. economy. Investment in intellectual property rose 15.5 percent compared with the prior quarter, hitting an annualized rate of $1.03 trillion. Last year, the U.S. invested $931 billion in intellectual property. This included a 9 percent gain for software and 5.8 percent gain for research and development.

This divergence between investment in physical capital and investment in intellectual capital suggests that Fed officials and others are correct that uncertainty has become a drag on the economy. But it does not support the idea that trade policy is the source of that uncertainty. If anything, it seems more likely that monetary policy and fiscal policy are the biggest sources of uncertainty weighing down the economy.

The main factor influencing business investment is anticipated demand. Because businesses invest in pursuit of profit, the greatest driver of investment is the prospect of greater demand for their output.  China trade policy can only play a small in diminishing demand for U.S. output because China imports very little from the U.S.  In 2017, the United States exported more goods to China than ever before but this still only totaled $127 billion–a drop in the bucket of our $21 trillion economy. And to the extent that U.S. tariffs on Chinese imports shifts demand to domestic goods, demand would be expected to rise–pushing up capital investment.

The role of demand in investment has been known for a long time. More recent economic research has demonstrated the importance of another factor: uncertainty. Theory and research indicate that businesses will reduce investment in certain circumstances when they are faced with increased levels of uncertainty. Here’s how Robert Pindyck explained it in his 1991 paper:

First, the expenditures are largely irreversible; that is, they are mostly sunk costs that cannot be recovered. Second, the investments can be delayed, giving the firm an opportunity to wait for new information to arrive about prices, costs, and other market conditions before it commits resources.

The type of investment that would be most sensitive to uncertainty would be structures and industry-specific equipment that would be hard for a business to sell if demand for their products fell short of expectations. Intellectual property, however, may be less vulnerable sensitive because it is more easily transferable. The results of a drug-makers R&D, for example, are likely to remain valuable if they have to be passed on to a financially healthier acquirer.

Similarly, delaying investment in R&D and productivity-improving software can be costlier than investing in structures or equipment. Research can take years to develop new products, for example. Declining to invest in software can put businesses at a competitive disadvantage.

In other words, the pattern of investment in the third-quarter is exactly what we would expect if uncertainty was an important cause of the decline.

The Federal Reserve itself is a likely culprit of investment-depressing uncertainty. The stance of monetary policy has shifted dramatically over the past year, going from gradual rate hikes, to wait-and-see, to rate cuts, and now a pause. Last year the Fed hiked rates four times, only to cut rates three times this year. The yield curve inverted this summer, an indication that the market believed Fed policy had gone awry.

Businesses may very well have decided to wait to see how this inconstant Fed policy shakes out before making irreversible investments in equipment and structures. Unlike trade policy, monetary policy has a huge impact on U.S. businesses by influencing the cost of capital, the prices of loans, and–less directly–the growth of demand in the economy.

Another likely source of uncertainty powerful enough to depress aggregate investment would be fiscal policy, which in this case means politics. Every Democratic presidential hopeful promises to increase taxes on businesses, reversing the Trump tax cuts of 2017. Higher tax rates diminish the return on capital investments, and so the prospect of higher taxes can cause businesses to hold back investment until they have a clearer view of what tax rate they will face.

Several Democrats have proposed penalizing or even banning stock buybacks, which would leave companies with an excess of capital in the future. That would likely cause companies to buy back more stock now with the understanding that they will not be able to in the future. And they would hold back on investment out of anticipation of holding very cheap excess capital for investment in the future.

Democrats have also threatened to ban or seriously curtail fracking, a major source of investment in both equipment and structures in the U.S. With just a little more than a year to go before the presidential election, it would make sense for companies to wait and see what will happen. The oil and gas is not going anywhere.

Both these sources of uncertainty also match up with the pattern of investment in the third quarter. Interest rates likely have a greater impact on structures and equipment, which are typically financed with debt. And companies are almost certainly delaying energy extraction investment while the wait to see who wins the contest between Make America Great Again and the Green New Deal.

Tariffs on Chinese goods and retaliatory tariffs on U.S. exports to China are likely a distant third to these when it comes to creating uncertainty that would weigh on investment. And there is no good reason trade policy–particularly China trade policy–would hurt investment in equipment or structures but not R&D and software.

It’s not the trade war that’s depressing investment; it’s the Fed and Democrats.