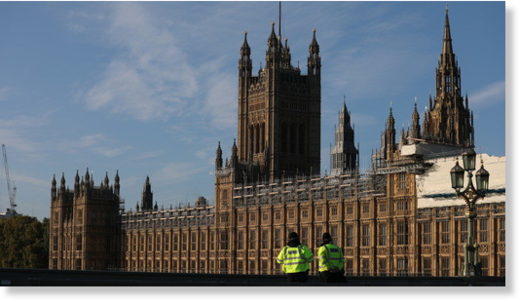 If you believe the daily reports, Britain’s ongoing election campaign is facing more interference than an old analogue television during a rainstorm, and amazingly, it’s not just Russians being accused of being behind it.

A sense of old world grandeur is easily inflated by convincing yourself that you’re so important that the whole world wants to swing your election.

Of course, it is still mainly Russia which stands accused in Britain, because that is just the easiest option available, but now there are also indications of supposed Indian meddling going on, and an election wouldn’t be an election if the US wasn’t throwing in its two pennies as well.

Representing the old US of A this morning on the BBC was one Hillary Rodham Clinton. I know she isn’t an official representative of Washington, but I’m not sure she does, so her input is significant, especially as the old glutton for punishment has been hinting she might take another tilt at the White House.

But first to those Indians. It’s been recently reported that a UK support group for the BJP, India’s ruling Hindu nationalist party, has been campaigning for the Conservative party in 48 marginal seats. It’s also claimed that Whatsapp messages have been sent to Hindus in Britain suggesting they shouldn’t vote for “anti-India” Labour.

The response to these allegations has been…well, there hasn’t really been a proper one so far. If this had been reported about, I don’t know, say, the Russian community, there would be a diplomatic incident, but this involved Indians so we can assume the response will be slightly more considered. Being a good ally buys you a lot of leeway in the old election meddling game.

The Guardian went to speak to a community of Hindus, the majority of which rejected the idea that they would let outside forces influence their vote. One Labour MP has been quoted as saying Hindus would never be swayed by this kind of outside interference.

Clinton, however, seems to believe that people are far more open to influence if it’s Russian. On the BBC’s flagship morning programme Today on Tuesday, she called for a delayed report into alleged Russian interference in Britain to be released ahead of polling day and for everyone in the country to read it. One can only assume she thinks the report could have some kind of influence on the outcome, which would make that meddling, wouldn’t it?

In the words of one Nigel Farage, “the Russian conspiracy never dies with Hillary.”

It would be remiss not to finish with the latest allegation against Russia, and here it is. No sooner had the Labour party announced that it had suffered a cyber attack on its online operations than those trusty old unnamed sources were wheeled out in the media to throw accusations in Moscow’s direction.

This will be confusing to a lot of people who were under the impression that Labour leader Jeremy Corbyn was a fully paid up Russian stooge, which would make his party a strange target for Moscow. Still, the strangeness of an accusation doesn’t usually much matter in these circumstances.