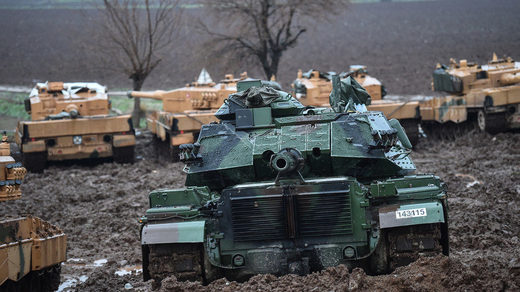 Ankara has launched military operation Claw-2, seeking to destroy PKK hideouts in northern Iraq. The move is part of Turkey’s bigger fight against Kurdish militants, which has taken a toll on its relations with Baghdad.

The Turkish army began moving into northern Iraq at 10pm local time on Friday, after conducting airstrikes and shelling the area with artillery, the Defense Ministry said. The goal of this operation, codenamed Claw-2, is “to destroy caves and shelters” used by the Kurdistan Workers’ Party (PKK), which is listed as a terrorist organization by Turkey and its NATO allies. The operation is a direct “follow-up” to Claw-1, launched by Ankara in Iraq’s Hakurk area in May.

Turkey has been making military incursions into Kurdish-populated areas of northern Iraq and Syria over the past few years. Turkish officials say the operations are necessary to prevent the PKK militants from infiltrating across the border and attacking its troops and civilians.

These tactics have put Ankara at odds with Baghdad, which says the Turkish military violates its borders and airspace, as well as kills civilians in Iraqi Kurdistan during raids.

In late June, Iraq issued a protest to a Turkish airstrike, saying that “unilateral acts of war violate Iraqi sovereignty and contradict the principles of good neighborliness.”

“We stress on the Turkish side the importance of stopping the bombing of Iraqi areas,” the foreign ministry said at the time.

Turkey had denied targeting civilians and rebuffed Iraq’s allegation as “unacceptable.” Foreign Ministry spokesperson Hami Aksoy stressed that Ankara’s priority is curbing the PKK activity on Iraqi soil and cross-border raids against the group “will continue with determination.”