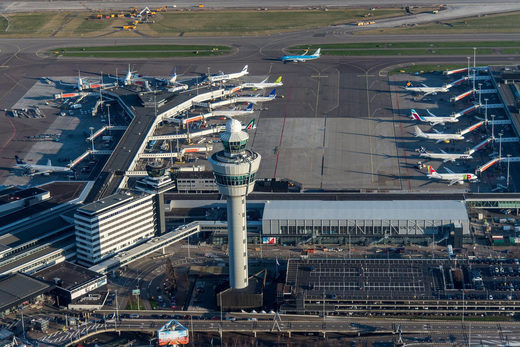 The Dutch gendarmerie is investigating a “suspicious situation” on board an aircraft at Amsterdam’s Schiphol Airport. Reports from inside the airport hint at an event with “major consequences for the population.”

The gendarmerie announced that they were investigating the situation at around 7.30 local time. According to De Telegraaf, Dutch emergency management authorities issued a ‘Grip 3 report,’ a procedure usually initiated in case of “an incident or serious event with major consequences for the population.”

Emergency services, including a trauma helicopter, are arriving at the scene, and several departure gates have reportedly been locked down. Photos shared on social media show areas of the airport cordoned off with police tape.

Rumors circulated that the plane, an Airbus A330 belonging to Air Europa, had been hijacked. However, the gendarmerie announced over an hour later that the plane’s passengers and crew had safely been evacuated.

Following the evacuation, Air Europa announced that the hijacking alert was “triggered by mistake.” Apologizing for the false alarm, the airline stated that “nothing has happened” and added that the flight will depart as planned “soon.”

Curiously, this occurred at the same time that a train bound for Brussels airport was evacuated because of an ‘anthrax scare’.

Also at the same time, Milan airport was partly evacuated following a bomb scare over some piece of luggage.

Any connection between them all?