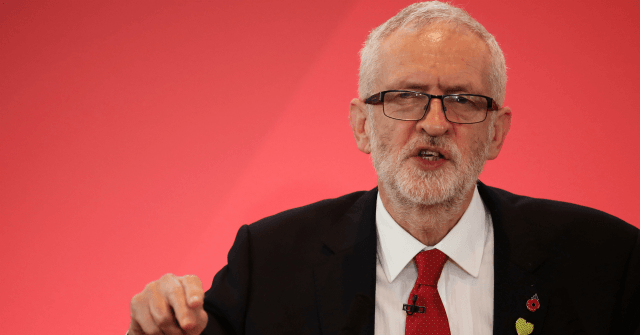 Speaking at the Battersea Arts Centre in London in his first major speech of the General Election campaign, Mr Corbyn said that if Labour wins he will renegotiate a soft Brexit deal with the EU which would include remaining in a customs union with the EU and being closely tied to its Single Market and Free Movement regime.

He would then force the country to go back to the polls, with Remain and his deal the two options on the ballot paper in a referendum.

“Labour will get Brexit sorted within six months. We’ll let the people decide whether to leave with a sensible deal or Remain,” he said.

Corbyn’s Shadow Cabinet have previously indicated that Labour would campaign for Remain and against its own deal in this referendum — a policy which has been widely mocked.

Boris Johnson has spent months promising we’d leave the EU today. The failure to do so is his and his alone. Labour will get Brexit sorted by giving the people the final say within six months with the choice of a credible leave deal or remain. And we’ll carry out what you decide.

After coming out in favour of a second referendum in July, Labour has distinguished itself as the Remain party that wishes to undo Brexit through a public poll.

The Liberal Democrats, led by recently-elected Jo Swinson, have said they will cancel Brexit altogether if they gain a majority in the House of Commons in the December 12th election.

Corbyn criticised the Liberal Democrats for their brand of anti-Brexit politics, saying: “The Lib Dems want to cancel a democratic vote with a parliamentary stitch-up.”

On the day of Mr Corbyn’s speech, Ms Swinson said: “The Liberal Democrats are the strongest party of Remain and we are ready to take the fight to Boris Johnson and Jeremy Corbyn. They are stuck in the past and the Liberal Democrats represent a brighter future.

“We want to stop Brexit and ensure that we can build a brighter future for our UK.”

Mr Corbyn also attacked Prime Minister Boris Johnson over his “toxic” Brexit deal, but pointed out that after three-and-a-half years, the Conservatives have failed to deliver Brexit.

“Boris Johnson has spent months promising we’d leave the EU today. The failure to do so is his and his alone,” he said hours before his speech on the day the United Kingdom was supposed to leave the EU.

The Labour Party has not published its election manifesto; however, Labour is expected to pursue a programme of renationalisation, tax hikes for higher earners, and, according to the i newspaper, immediate recognition for Palestine as a state.

Other controversial issues that may appear in the party’s political declaration have already been approved at the latest Labour Party conference: outlawing private schools, the closure of all detention centres and a complete open borders immigration policy, and extending the vote to all non-British citizens.

In September, Labour Party members voted to abolish all private schools in the United Kingdom and to seize their assets for redistribution to government-run schools.

The far-leftists later backed a motion to effectively turn the UK into an open borders state with all current and planned immigration controls to be scrapped and for deportations to end. Further, all residents in the United Kingdom would be given the right to vote in national elections, regardless of their citizenship — forever altering the country’s democracy.