FLASHBACK: The tussle over publishing ‘The Assassination of Robert Maxwell: Israel’s Super Spy’ 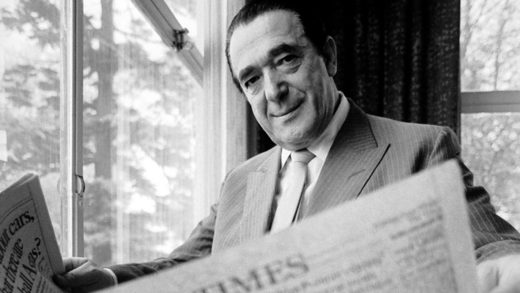 Two best-selling authors have bitterly accused their American publisher of “sabotaging” their book on Robert Maxwell he is to publish. The book, supported by FBI documents, and files from intelligence agencies across the globe, details the tycoon’s until now unsuspected links to organised crime families in the Balkans – and how Maxwell penetrated America’s nuclear arsenal at Los Alamos on behalf of Mossad. The book reveals the tycoon worked for the Israeli intelligence. But unknown to the authors, their US publisher, Carroll-Graf, secretly delivered an uncorrected proof copy of their manuscript weeks ago to Maxwell’s daughter, Isabel.

She admits she took the book to Israel and consulted with, among others, “a family friend” David Kimche, a former deputy director of Mossad. Last week, in the Jewish Chronicle, Isabel Maxwell launched a ferocious attack on authors Gordon Thomas and Martin Dillon over The Assassination of Robert Maxwell: Israel’s Super Spy (Robson Books UK). She accused them of not even getting the names of her siblings correctly-spelled (common in uncorrected manuscripts). 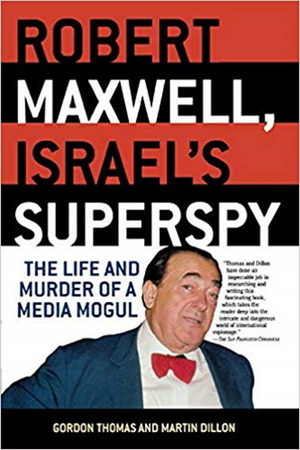 But in the finished book, published last week, they are spelled correctly. And the authors have been told by their UK publisher, Jeremy Robson, that the American publisher, Carroll & Graf of the Avalon Publishing House to whom he sold the book – and who had agreed to maintain the contents confidentiality – had leaked the book to Isabel Maxwell “because she was a family friend of the publisher”. Herman Graf, head of Carroll-Graf, refuses to explain to the authors how the book was sent to Isabel Maxwell. Further, he has delayed publication until December 16. And he has refused to promote the book. “Everyone in the trade knows this is the worst week to launch a book of this nature. It will be lost. And the US publisher won’t even confirm what his print run is or whether he is taking even a small ad in the trade press. In 50 years of being a published author I have never encountered such a situation,” said Gordon Thomas.

In what the authors see as a conspiracy of silence, they have also enjoined the august Jewish Chronicle. The voice of Jewry in Britain has refused to publish in full their detailed retraction of Isabel Maxwell’s attack. “Initially the paper offered us space for only a letter. They said they would publish a letter ‘twice the size of one (from me) they had previously published’. We asked for the same space as they gave Isabel Maxwell. We have heard no more,” concludes Thomas. But now that other bastion of Jewish opinion, the Jewish Telegraph has come to their aid. The Manchester-based weekly has agreed to publish their article in full. It includes intriguing details about Isabel’s own relationship toward Martin Dillon.

Using a succession of emails and contemporaneous notes, Martin Dillon, a former BBC Timewatch producer and an acknowledged expert on the murky world of Eastern European crime, reveals how Isabel, and her mother, collaborated with him despite her subsequent public denials. “She phoned me constantly – even late at night. She even wanted a photo of me. She asked me to meet her in Washington and London and she revealed intimate family secrets,” confirms Dillon, who now lives in New York. In the rebuttal that the Jewish Chronicle refused to publish in full, Thomas, 69, and Dillon, 53, hint that they may now publish all their email correspondence with Isabel and Betty Maxwell.

What they have already written of Isabel Maxwell’s revelations about her siblings has also come from their mother, Betty Maxwell. “We have been told that some senior members of the family have met with a member of the editorial staff of the Jewish Chronicle. The paper is understandably concerned that Isabel’s attack was based on an uncorrected version of the book,” said Gordon Thomas, at his home outside Dublin.

Listen to an interview with co-author Gordon Thomas with footage from a European documentary here.