Since a Belgian Malinois helped take down Islamic State terrorist Abu Bakr al-Baghdadi in Syria last weekend, the vital role canines play in the United States military has been in the spotlight.

Mike Ritland, however, has devoted years to warrior dogs, not only training them for jobs in law enforcement and the military but making sure the animals enjoy life after their working days are over.

“These dogs are not only our best friends, they embody what’s best about us — the courage, loyalty and heart of true warriors,” the former Navy seal has said of the more than 150 dogs his Warrior Dog Foundation (WDF) has taken in since he started the non-profit in 2013.

Ritland, a self-described “dog guy” since childhood, was not a part of a K-9 unit, but during his 12 years of military service, he witnessed how vital their role was in keeping troops safe from explosives and the enemy.

So he left the military and founded Trikos International, which trains and provides dogs for clients who need the extraordinary skills these canines bring to the mission, including a keen sense of smell that can root out drugs, humans, and explosives and a fierce courage when pitted against an enemy.

But despite his love and respect for these dogs, at first Ritland declined when asked if he could take in a pair of dogs that could no longer be deployed. But when he learned the dogs would be euthanized if a proper home couldn’t be found, his new purpose in life started taking shape.

Show us your favorite costumes.

We are currently caring for 21 retired K9’s that have served our country or local law enforcement communities. pic.twitter.com/tUbLUqJFsQ

“No way that was going to happen,” Ritland said of the dogs being put down.

The dogs, which had been deployed more than once in Afghanistan and Iraq, like their counterparts, had “saved hundreds of American lives,” Ritland said.

Some of those dogs Ritland has taken in were rehabilitated and adopted by people who could provide the kind of home these former warriors need, usually experienced dog handlers without children or other pets.

The dogs who won’t fit into a “forever family” are spending their retirement on Ritland’s ranch in Texas, where chasing bad guys is replaced with chasing balls or exploring the state-of-the-art facility he has built for the retired heroes.

Like the now famous dog that some have dubbed Conan, the breeds Ritland trains are Belgian Malinois, German shepherds, and Dutch shepherd — all three are highly intelligent and athletic.

On the website for his foundation — which is run by volunteers so that 85 to 90 percent of donations go directly to caring for the canines — Ritland shares stories about some of his dogs:

• MPC Arko is one of the canines that inspired the creation of the Warrior Dog Foundation by former US Navy SEAL, Mike Ritland. During his service, MPC Arko was sent to take down an insurgent and, when he grabbed the man, was shot point-blank in the chest with an AK-47 round that was meant for the soldiers behind him. MPC Arko still managed to take the insurgent down. Because of Warrior Dog Foundation, this wonderful warrior dog was able to live out his retirement in peace at the WDF ranch. 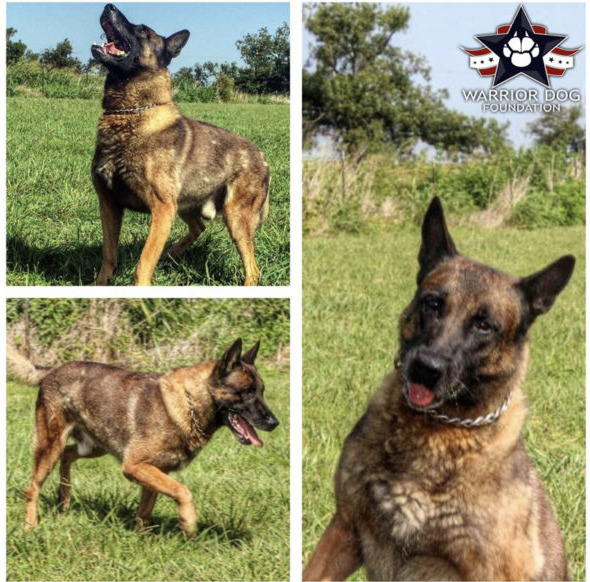 • On a raid, Carlos and his handler were the unfortunate victims of an IED that went undetected. Enemy combatants hastily detonated the IED during an intense fire fight and the resulting explosion severely injured both Carlos & his handler and leveled the entryway they were in. The force of the blast collapsed Carlos’ lungs and sinuses and threw him several feet, which resulted in his breaking both his back legs and his hips. Despite his own injuries, Carlos managed to crawl over to his handler and guard him. It took some time for the rest of the team to calm Carlos down enough to assist the fallen handler. All Carlos knew was that his buddy was hurt, and he was going to make sure that nobody else did any damage to him. Carlos and his handler were medevaced out of the area of operation, and thankfully both fully recovered. Carlos eventually returned to operational status and was even deployed again before being retired at age seven. 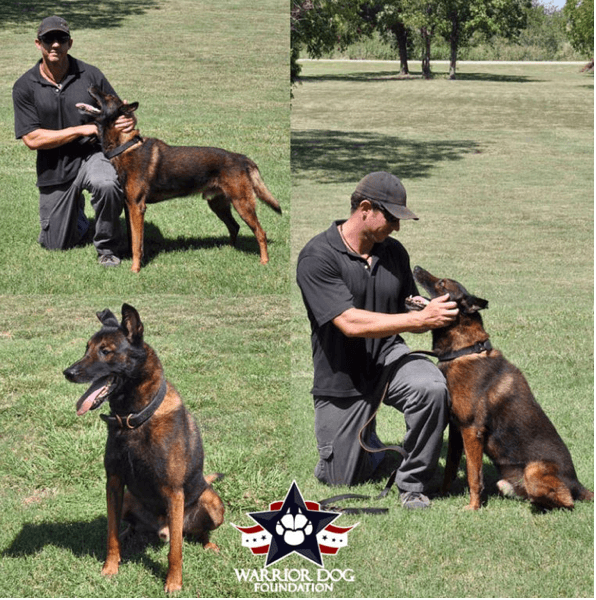 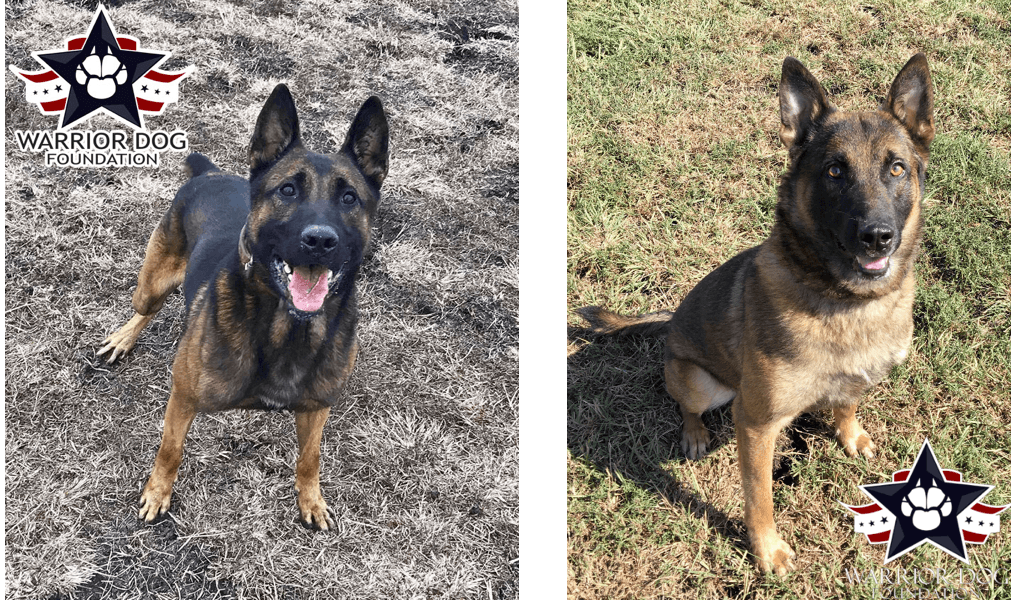 • Jax is a 5 year old Belgian Malinois who proudly & professionally served in a police department in Minnesota from June, to February, 2018. He had to retire at an early age due to a medical condition and has come to the WDF ranch to live a healthy, happy retired life. During his years of service, Jax worked as a narcotics detector as well as a patrol dog; and, maintained high scores in multiple U.S. Police Canine trials. In 2017, he was awarded 1st place among 80+ dogs in the Suspect Search portion of the Region 12 USPCA trials in Fargo, ND. In the same year, he assisted in the capture of a suspect involved in multiple burglaries; and, in 2016, he assisted on a traffic stop in which he alerted to the presence of narcotics- a search of the vehicle revealed several pounds of narcotics, along with 5 illegally possessed firearms.

“Our retired Warrior Dogs are indeed, veterans, not unlike our country’s service men and women,” the foundation website said. “However, there is no safety net for them when they return home.”

“There is no Veteran’s Administration for these amazing dogs,” the website said. “Not only are our retired Warrior Dogs the best of the best, but they have been injured, physically and/or mentally, which means they are not easy to care for.”

“Saving a retired K9 from being euthanized eases the hearts and souls of the humans whose lives the dog has saved and impacted,” the website said.

Ritland is also the author of three bestselling books: My Tale From the Training Ground to the Battlefield with Elite Navy Seal Canines: Trident K9 Warriors, Navy Seal Dogs: My Tale of Training Canines for Combat, and Team Dogs: How to Train Your Dog the Navy Seal Way.