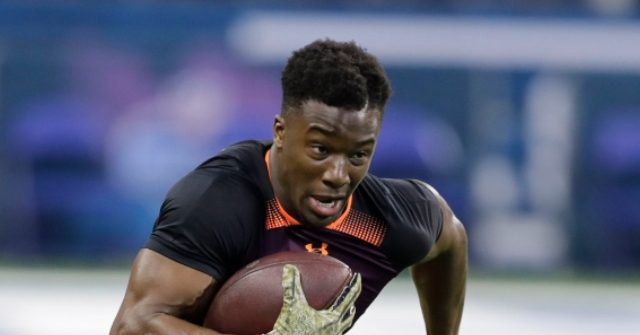 Fan outrage and angst over the Giants draft picks this weekend gave way to genuine thoughts and prayers on Sunday, when it was learned that New York’s 6th round pick Corey Ballentine was injured in an off-campus shooting.

The Washburn University product is expected to make a full recovery. However, one of his teammates, Dwane Simmons, was killed in the incident.

Ballentine was likely celebrating being drafted on Saturday, a celebration which ended in tragedy sometime in the early morning hours of Sunday.

The Giants released a statement about the incident:

“We are aware of the tragic situation and continue to gather information. We have spoken to Corey, and he is recovering in the hospital. Our thoughts are with Dwane Simmons’ family, friends and teammates and the rest of the Washburn community.” https://t.co/n5qYAE7NgN

According to 12UP, “The 5-11, 195-pounder finished his last season at Washburn with 50 tackles and three interceptions. The Giants will surely focus on him taking care of his health, both physical and mental, before bringing him in to the facility.”

It’s unclear, at this point, what led to the shooting.