Healing the American macrocosm of autoimmunity 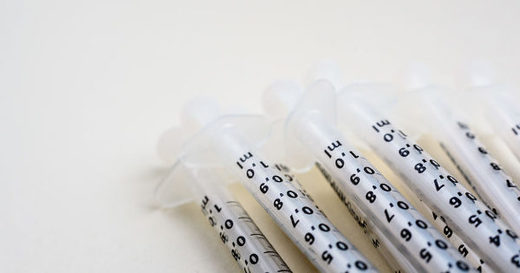 Note: this article was originally published on Medium, but they censored it. To learn more about censorship of “vaccine critical” research and opinion see our latest update on Mailchimp removing GreenMedInfo for “anti-vaccine content” here.

I have been called a lot of things since I started vocalizing some of my concerns about these massive attempts to remove philosophical, religious and even medical exemptions for mandated vaccinations across the country. People who I have never met before, who know nothing of my personal choices, have demanded to have me removed from community Facebook pages and suggested that I no longer belong in the community (or the country in some cases). Some claim that my family and I are a threat to the world they live in and say I am not worthy of compassion or a voice in the conversation. But I am going to make another assertion about who I am: I am your friend.

As a holistic healthcare practitioner, I can’t help seeing this as part of the “autoimmunity” landscape – just a bigger version of self attacking self. With so much fear and hyper-vigilance, we as Americans are having a difficult time recognizing friend from foe, and we seem to be destroying ourselves. So, before you eliminate me from the discussion, I would like to remind you that I am one of you – a loving parent, a taxpayer, a voter, a neighbor and a contributor to society. I have your back in ways you are probably not aware of and I am fighting for your rights along with mine. Please allow me to explain.

I have read articles about the peanut-derived emulsifiers patented in the 1960’s that promised to enhance the effectiveness of vaccines[1] as well as other articles about how new laws were created after the explosion of peanut allergies emerged[2]. (Spoiler Alert: the laws did not restrict the use of peanut-derived emulsifiers. Instead, they simply concluded that it wasn’t necessary to reveal certain ingredients if they were in small enough amounts.)

I have been watching Merck create more powerful adjuvants[3] while tracking parallel issues within veterinary medicine, where companies like PureVax now produce non-adjuvanated vaccines after scientists noticed a correlation between the vaccine adjuvants and chronic inflammation and sarcomas in animals[4]. As a scientist, I have to ask how it can be that our cats have access to safer vaccines than our children do?

These are just a few of the many observations I have made in my personal research journey. I have been doing all of this in my free time, between 10-20 hours a week for the better part of a decade. No one pays me to do this. I do it in part because I’m a mom and it’s just an extension of reading labels and watching what goes into my children. I do it because I am witnessing suffering that I want to understand, reverse and prevent. I do it because I really am curious and I love science. I do it because I trust my gut more than my government. And I do it because I believe in choice and, as a healer, I want people to understand their choices. Which brings me to my third point…

3. In all likelihood I am advocating for YOU. There is a bigger picture here and some of us have been watching it evolve (or devolve) over decades. Paradigms and parameters have shifted, and the very definition of science has changed. Some powerful people are out to settle science. Literally. Merriam-Webster now defines science as “the state of knowing: knowledge as distinguished from ignorance or misunderstanding”, effectively removing the entire process of scientific method.

But I am not willing to settle on science that has resulted in the most unhealthy generation of children this country has ever produced. I am not ok with the explosion of anaphylactic allergies, pediatric cancers, autoimmune diseases, chronic conditions and learning disabilities. I am not ok with government agencies mandating vaccines with one iron fist while clutching their own vaccine patents and the subsequent profits in the other. I am not ok with the revolving door between the CDC, FDA, NIH, WHO and pharmaceutical companies. And I am not ok with the government mandate of any product that its manufacturers won’t even stand behind.

But if you love your vaccines and want more, I am working to make them safer for you. I am asking for the double-blind studies using inert placebos that have never been done. I am trying to get legislators to revisit the 1986 National Childhood Vaccine Injury Act and repeal legal immunity for vaccines makers so they will once again be held accountable for the injuries and deaths caused by their products. This, hopefully, will incentivize them to make safer products and to stop the frivolous expansion of the recommended childhood vaccine schedule.

If you are not sure, I am working towards transparency and a more open discussion around the science behind vaccines and a deeper understanding of disease process and our immune systems. We all deserve access to the science and we need better conversations. I am working towards better reporting of vaccine injuries so that the real risks can be identified, understood and prevented. I am working towards better education campaigns for identifying vaccine reactions so that a child is not given what could be a potentially fatal dose of Tylenol simply because parents failed to recognized the signs of encephalopathy.

If you want to pick and choose, I am working (really hard I might add) to preserve your right to choose. As I write this, the media and government agencies are trying to use fears over a childhood disease that hasn’t killed a child in this country since 2003 to convince you that it makes sense to hand over some of our inalienable rights so that they can more fully enforce medical mandates[5]. But once you turn over these rights, you won’t get them back. And at some point you and the government may disagree.

If you are a doctor, I am asking legislators to consider broader parameters for medical exemptions so that doctors are further enabled to protect their vulnerable patients from the risks that some vaccines may pose. I am also asking for legislation that will protect the doctors who are willing to write these exemptions when they feel they are warranted.

And if you are immune-compromised, I haven’t forgotten you. I understand that perhaps this is the most frightening time for you. But you, too, deserve more than a false sense of security and an inaccurate understanding of the threats around you. Unfortunately, outbreaks of otherwise harmless childhood infections (in communities with clean water, nutrition and access to medicine) are far from the only threats to a fragile immune system, but removing religious exemptions to vaccines simply won’t move the needle towards a public health improvement. We are a country with open borders as well as an issue with vaccine failure, so outbreaks are inevitable. And there are thousands of pathogens for which there are no vaccines. Your best defense will always be tools to fortify and protect your immune system and a mindful, considerate community. And I am working towards creating those things, too.

So, unless you are simply trying to capitalize on the ignorance and misfortune of others, I am probably not your enemy at all. And if you take a moment to get to know anyone who you believe to be an anti-vaxxer, you may very well discover that you have a powerful ally who is putting a lot on the line to protect rights that will ultimately benefit you.

I would love to bring this conversation back to the level of interpersonal relationships and find our common ground. And I am not going to stop trying. Our children need us to keep them healthy. They also need us to model the kind of thoughtful dialogue that will lead to real solutions. We’re going to have to find a way to work together. I’m game if you are.

Ann Tomoko Rosen is Co-Founder of The Center for Acupuncture and Herbal Medicine in Westfield, NJ, and an enthusiastic proponent of curiosity, adventure and random acts of kindness.