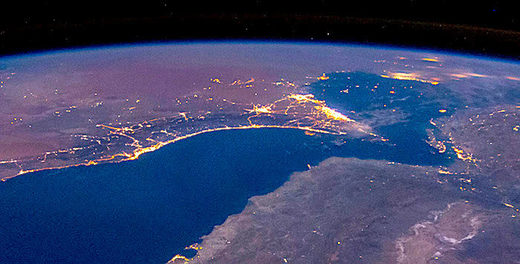 © Unknown
Strait of Hormuz at night

Iran has meticulously selected its political steps and military targets in recent months, both in the Gulf and the international arena. Its partial and gradual withdrawal – tactical yet lawful – from the Joint Comprehensive Plan of Action (JCPOA), known as the nuclear deal, is following a determined path. Its clear objective is to corner the US President and his European allies, and indeed Iran seems aiming for a final withdrawal from the JCPOA. Also, despite the effect the US sanctions are having on the Iranian economy – and despite Iran’s determination to reject US hegemony – Iranian officials have publicly put on hold a Russian offer to support its oil sales.

In Iran, sources confirm that

“China rejected the US sanctions and Russia offered to sell one million barrels daily for Iran, and to replace the European financial system with another if needed. But why would Iran make it easy on those who signed the deal (Europe)? If the European countries are divided and not in a position to honour the deal why did they sign it in the first place? Iran will pull out gradually, as stated in the nuclear agreement, up to a complete withdrawal. Iran is experiencing a recession (Trump is expected to be re-elected, which will prolong it), but is not in poverty, and is far from being on its knees economically and politically”.

Despite the harsh US sanctions, Iran is sending unusual and paradoxical signs, playing down the effect of the economic crisis and showing how less than relevant the Trump administration’s measures are: it has frozen the Russian offer designed to ease its financial burden by selling one million barrels of oil daily, and by stepping in to replace the European financial system. The only plausible interpretation is that Iran is determined to pull out of the nuclear deal if possible without invoking worldwide sanctions. In parallel, its military steps continue at a calculated pace. 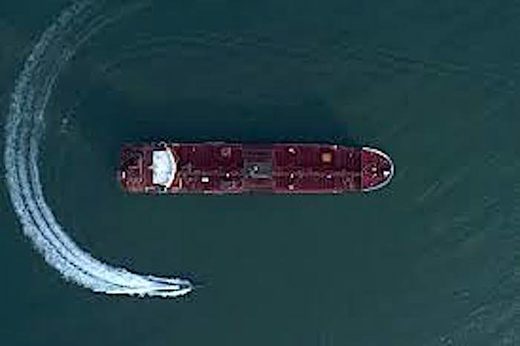 None of the several military objectives that have been hit in recent months was a casual or impulsive response, starting from the al-Fujeira sabotage, followed by the drone attacks on Aramco pumping stations, and ending with the damage to a Japanese tanker. The first action was not officially claimed by Iran. The second was claimed by the Houthis in Yemen. The third was against a Japanese tanker and the attacker is still at large, officially unknown.

However, Iran came out in public to announce its downing of the US surveillance drone and its capture of a British tanker in the Gulf of Oman. The ship was forced it to sail into the Iranian port of Bandar Abbas. Every single reaction by Iran’s opponents was envisaged and calculated by the Iranian Revolutionary Guard Corps (IRGC), and the preparation of these attacks was perfectly planned and equally well executed. However, this doesn’t mean Iran did not take into consideration a possible war scenario where missiles could potentially fly in all directions. Iran is harassing, engaging, and even playing with Trump and Netanyahu’s threats of war, walking on the edge of the abyss.

Most Iranian leaders are repeating the clear message: no one will export oil if we can’t. It is also telling neighbouring countries that any attempt to export their oil by bypassing the Straits of Hormuz will be thwarted, hence the attacks on al-Fujeirah (the Emirates) and Aramco (Saudi Arabia). Both were potential substitutes, ways to export Middle Eastern oil without going through the Iranian controlled straits.

Iran chose to down an unmanned drone, where it could have downed a US spy aircraft with 38 officers onboard. The same US President – who was embarrassed by the lack of reaction to the downing of the drone – had to thank Iran for not shooting down the spy plane with the US personnel on board. That was a masterly planned decision: cool thinking by the IRGC leadership in the face of tough alternatives.

Trump could justify his failure to react by the lack of human victims; he was certainly aware that any military friction could blow up his chances of re-election: a factor very carefully calculated by Iran. Limited war is not an option available to Trump.

Moreover, after the UK Royal Marines landed by helicopter on the Iranian super tanker Grace 1 to capture it – despite the fact that neither Iran nor Syria are part of the EU, and thus they are not legitimate targets for the sanctions to be applied and validated in this case – Iran first gave a chance to the French envoy Emmanuel Bonne to find an exit to the crisis. When the UK decided to keep Grace 1 for another month, hours later Iranian IRGC special Forces captured – using the “cut and paste” style of boarding- the British tanker Stena Impero, a UK ship, just at the moment when that government was at its weakest, and the UK Prime Minister was bailing out. Again, very thoughtfully planned, and a well-calculated risk.

The US pushed the UK to move against Iran but stood idly by, watching the humiliation of the former “British Empire” which indirectly dominated Iran during the Shah era and before the Imam Khomeini came to power in 1979.

Iran took the UK tanker from the Gulf of Oman and offered a mediocre pretext, equal to the British one when capturing Grace 1 in Gibraltar. Iran is telling the British that no war confrontation took place and no human losses are registered so far even if the Middle East is in the middle of a war-like situation with the US economic war on Iran.

So far, not one victim has been recorded, notwithstanding the massive and important events that involved several sabotage operations, the downing of one of the most sophisticated and expensive US drones, the capture of two tankers, and a warning to a US spy plane which escaped Iranian missiles by a hair’s breadth.

Iranian Leader Sayyed Ali Khamenei ordered the IRGC to continue developing its missile programme and injected billions of dollars into it. The leader criticised both President Hassan Rouhani and the Foreign Minister Jawad Zarif for leading the country to a deal with the US and the EU when both are partners to each other and cannot be trusted. Therefore, the only exit seems the direction Iran is taking, particularly since Europe remains divided. The UK is heading towards selecting a Trump-like leader, Boris Johnson, the US President’s favourite candidate. The UK is in a critical situation where the “no-deal British exit” (hard Brexit) from the European community will weaken the country and isolate it – and certainly Trump will not bother to rescue it.

Iran is exposing its policy now: an eye for an eye. It is as prepared for war as much as US; prepared for the “absolute worst” as Trump has said. The US is building up its military capability by re-opening its air base in Saudi Arabia (Prince Sultan desert base) – the same base that the US used for its war against Saddam Hussein in 1990. Iran is active with its allies, Palestinian groups, the Lebanese Hezbollah, various Iraqi groups and Yemeni allies to provide these with enough missiles to sustain a long war if need be, yet without obviously provoking it.

Iran will continue its war in the shadows, and will continue harassing the western countries, disregarding the Arab states so that its war is not turned in a sectarian direction. Middle Eastern peoples are watching the dangerous bickering and can see Iran’s finger is on the trigger. It is gripping it firmly, without no hesitation to fire when appropriate, and regardless of who is the opponent or opponents.

The US most likely will have to wait and think carefully about its next move, particularly the building up of a maritime security coalition to patrol the Gulf and protect ships during the six hours needed for the transit of the Straits of Hormuz. The more western military presence there is in the vicinity of Iran, the richer the bank of objectives and targets offered to the IRGC, and the easier it becomes for Tehran to select its choice of target – in case of war – without launching long-range missiles against US bases established in the Middle East or any other long-distance target.

Washington won’t go to war if the outcome is not clear at least for itself. And, with Iran, no outcome can be predicted with certainty. Iran is aware of this US weakness, and is playing with it. It is showing that the West, for all its bulky muscles, is fragile and even vulnerable.