James Cullimore: To halt the perilous trend of diseases like the Covid-19, we will need to heal our relationship with nature

James Cullimore is Programmes Officer at the Conservative Environment Network.

Around a century ago, in a burgeoning metropolis in west central Africa, the new retrovirus HIV-1 began circulating among the human population. As a zoonotic pathogen – meaning it originated in animals – its simian precursor had jumped from chimpanzees to bushmeat hunters in southeastern Cameroon.

It spread for some 50 to 70 years before being detected, but would go on to cause one of the worst pandemics of the twentieth century. It has since been followed by a procession of zoonotic diseases, including COVID-19. To halt this perilous trend, we will need to heal our relationship with nature.

Leopoldville, the cradle of the AIDS pandemic – now known as Kinshasa and the capital of the Democratic Republic of Congo – had all the hallmarks of a location susceptible to emerging infectious diseases (EIDs), with its growing urban population and bustling river trade routes which linked the city to the chimpanzee carriers of HIV-1.

It’s a story which has been repeated all too often in recent decades. As human settlements have expanded, and more land has been exploited to meet the needs of the growing workforce, we have encroached ever further upon natural habitats, and the reservoir of zoonotic pathogens which reside within them.

The majority of EIDs since 1940, and almost all recent pandemics, are of zoonotic origin. Scientists have been warning for some time that zoonotic diseases pose a growing threat to global health, and warning shots came in the form of Sars, Mers, Ebola and the Nipah virus.

As the probable source of both COVID-19 and its older relative Sars, international concern has understandably been focused upon wildlife markets in recent weeks. However, as we emerge from this crisis, it is important to also address the more fundamental drivers of zoonotic disease emergence, to mitigate the risk of future pandemics.

Habitat encroachment, as a result of the intensification of farming, mining, logging and urbanisation, has brought people into closer contact with wild animals – facilitating the ‘spillover’ of disease. Human activity now affects 75 per cent of the Earth’s land surface, with agriculture alone consuming one-third of terrestrial space. This industrial and agricultural expansion has brought great socio-economic benefits, but it has also generated threats to human health and prosperity; land-use change is the primary driver of zoonotic disease outbreaks, accounting for 31 per cent of emerging zoonoses since 1940.

Climate change threatens to amplify the threat from zoonotic diseases, by further driving human-wildlife interaction. Modelling suggests that, based on present trends, warmer temperatures will increase the frequency of Ebola outbreaks from once every 17 years to once every 10 by 2070, as the geographical range of bats and other host species expands.

To protect us from more of these pandemics, governments will need to go further than prohibiting the trade and consumption of wildlife. A new covenant with nature is required, to protect public health and safeguard the environment for future generations.

As president of the G7 and the UN climate negotiations in 2021, the UK has the opportunity to play a leading role in shaping a new global agreement for nature, which reinvigorates conservation efforts and places nature at the heart of the international effort to combat climate change. This new deal must halt and reverse habitat loss, and ensure a healthy ‘social distance’ between human populations and wildlife.

Integral to such an agreement must be a ‘One Health’ framework, which recognizes that the health of humans, animals and the environment are inextricably linked. This must be backed up by specific commitments on conservation, such as protecting a minimum proportion of land and sea area for nature, and by large-scale monitoring and research programmes to preempt future outbreaks.

The UK can act as a convenor for such an agreement, and provide support for more sustainable land management practices through our international development aid. We can also demonstrate domestic leadership in two key areas: supply chains and agricultural subsidies.

Requiring large companies to report on environmentally harmful activities in their overseas supply chains, as recommended by the Global Resource Initiative Taskforce, would ensure that we are not drivers of deforestation abroad through the commodities that we consume at home. And we can set the global standard for sustainable food production through our ground-breaking post-Brexit farm subsidy reforms, which will reward farmers financially for nature restoration.

In the century since the transmission event which gave rise to HIV-1, there has been a tremendous advancement in human wellbeing. But too often this has come at the expense of ecological health – of which the growing prevalence of zoonotic diseases is symptomatic. The Coronavirus crisis has demonstrated the considerable damage that these infections can inflict, but we now have a unique opportunity to repair our relationship with nature, and continue our development in a healthier and more sustainable world. 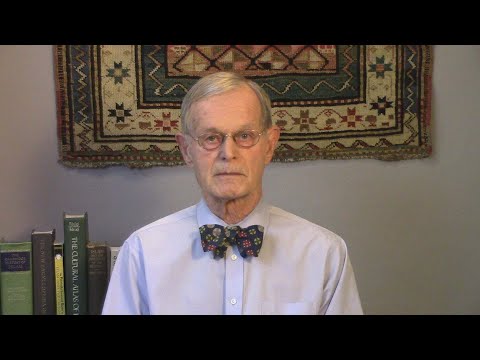