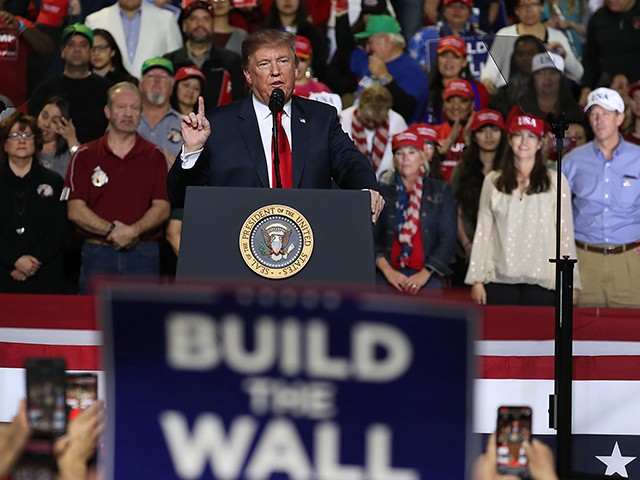 7:35 PM: Packed crowd getting ready for the main event.

Dallas, Texas crowd is getting ready for @realDonaldTrump with a little YMCA ‼️ pic.twitter.com/9muhNZqGvZ

Tonight, round two in Dallas. Trump intro speaker already poking fun at the former congressman: “We have more people in the porta potties than he will have at his rally”

Huge crowds as always for a Trump event:

The excited crowd waiting for @realDonaldTrump at the American Airlines Center in Dallas, Texas- Trump base is very strong here but may be shaping up to become a battleground in #Election2020 as some Democrats generating heat outside #TrumpRallyDallas pic.twitter.com/3BzMMpZ6KN