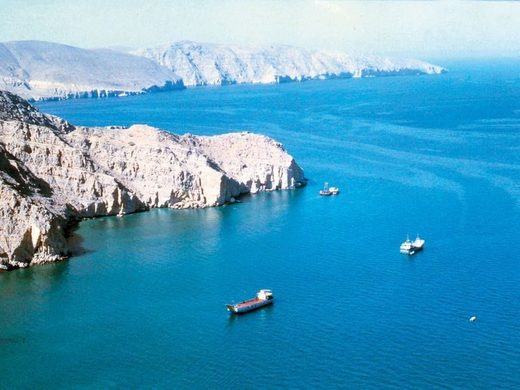 The Middle East is heading for “maximum danger” following the “maximum pressure” imposed on Iran by US President Donald Trump who, unilaterally and unlawfully, withdrew over a year ago from the Joint Comprehensive Plan of Action (JCPOA), known as the nuclear agreement, and imposed harsh sanctions on Iran that Tehran considers a declaration of economic war. Trump’s move against Iran has provoked a gathering storm of tanker wars, the mutual detention of tankers by Iran and Britain. Indeed, the US administration has been pushing London to confront Iran starting from the capture of an Iranian super tanker (Grace 1) at Gibraltar on July 4, which has now triggered an Iranian tit-for-tat reaction (capturing a British tanker in the Straits of Hormuz). While the US and the UK are walking, along with Iran, on the edge of the abyss, the Iranian supreme leader, Sayyed Ali Khamenei, has publicly proclaimed “three points of guidance” for officials in the country, which includes a road map to follow even in his own absence.

Iran has detained a British oil tanker “Stena Impero” hours after the British High Court of Gibraltar announced the extension of an additional month of the arrest of Iranian tanker “Grace 1“, carrying two million barrels of oil. When this news reached the Iranian leadership, they realised that mediation efforts by French President Emmanuel Macron had stumbled and that it was time for Iran to take the matter in hand.

This does not mean that Iran is closing the door to French diplomacy or attempts by other intermediary states to de-escalate the extremely tense situation that is intensifying daily in the Middle East, particularly with the gathering of new British naval war vessels and the arrival of additional US military forces in Saudi Arabia.

President Emmanuel Macron’s chief adviser, Ambassador Emmanuel Bonne, had visited Tehran this month and met with Iranian leaders, and he promised to intervene to secure the release of the Iranian super tanker Grace 1 and to play a mediation role between Tehran and Washington.

According to Iranian sources, the detention of the Iranian super tanker was an effort by the US to implicate Europe further in the US offensive against Iran. The US is lurking behind London, watching the first recent UK confrontation with Tehran escalate, as Iranian Special Forces took the situation in hand and confiscated a British tanker.

The US seems to have pushed the UK to take the decision to hold Grace 1 at the beginning of the tanker crisis, in response to Iran’s downing of a US drone. Unfortunately, London agreed to become involved on behalf of its US ally, further confirming European apprehensions about effects of the US withdrawal from the nuclear agreement, which European states did not support – since Iran has not violated any clause of the agreement for 14 months.

The US decision to revoke the nuclear deal and the US “maximum sanctions” imposed on Iran are in fact causing mounting pressure and increased danger of a possible war in the Middle East.

It is clear that Iran does not intend to back down in the face of US sanctions and aggression. The Middle East is on the path towards “maximum danger” because Iran considers itself already at (economic) war with the US and its allies. At this stage Iran does not differentiate between the economic war imposed by the US administration and a military war: the results in both cases are devastating.

I learned that Sayyed Ali Khamenei met with the Iranian leaders and gave three directives for Iran to follow, whatever difficulties might arise at any time in the future, as fixed principles.

“The US is seemingly aware of Tehran’s planning and objectives. This is why this administration, like previous ones, tried to thwart Iran’s nuclear and missile development, and support for its allies – to no avail”, said the source.

Sayyed Khamenei’s three points are a response to the 12 conditions announced by Secretary of State Mike Pompeo, who asked the Iranian government to stop its nuclear and missile programs and abandon its allies in the Middle East, thus depriving Iran of any defence, and turning it into a vulnerable country.

Sources added: “Sayyed Khamenei recommended these commandments to preserve the Islamic Republic of Iran, and that each of these three items is equally important for the safety of Iran, its existence and continuity, and national and strategic security.”

Iran began to develop its missile capabilities under US sanctions. It has developed its nuclear program during the 40 years that the US has imposed a suffocating blockade on the country. Today, Iran has reached a very advanced stage in both programs to the extent that it will never retreat on either initiative, but will continue to move forward.

As for its allies, recent years have shown how Iran and its allies in Yemen, Iraq, Syria and Lebanon, have been able to take the initiative in the Middle East and turn things in their favour.

It is not unlikely that Tehran will set up ballistic missiles at close range to the enemies or countries that could be targeted by these missiles. Its allies will defend Iran at a moment’s notice.

The situation today is as follow: Iran has detained the British tanker “Stena Impero” along with its 23 crew members in Bandar Abbas pending the release of its carrier Grace 1. The US Central Command has announced that it is working with its allies to secure freedom of movement. Iran has threatened to not allow any oil exports from the Persian Gulf region if it cannot export its own oil. Tehran downed an American drone. Trump himself announced the shooting down of an unmanned Iranian drone – a claim Iran denies – thus placing himself on the same level as the Iranian IRGC – which Trump calls a terrorist group!

The US is sending new troops to Saudi Arabia, and Britain has sent additional war vessels in the Persian Gulf. All this deployment in a small area in the Middle East, a narrow strait that can hardly accommodate all these events. The region is heading towards maximum danger where all countries and allies are putting their hands on the trigger instead of going to the negotiating table and respecting the agreements signed. What comes next may be even worse.