Oxford University renames its Wykeham chair of physics after a Chinese firm in exchange for £700,000

Oxford University is set to rename its prestigious Wykeham chair of physics after a Chinese firm donated £700,000 to the education facility.

University’s Wykeham chair of physics will now be known as Tencent-Wykeham chair in honour of the computing conglomerate, Oxford sources have revealed after a Chinese software company offered £700,000 donation to the university in return for the change.

Last night, as two former Cabinet ministers urged Oxford to reconsider, it became clear the decision has set the university on a collision course with its own most senior official.

Lord Patten, Oxford’s Chancellor and the last British governor of Hong Kong, said he could not comment on the grant from Tencent because he had known nothing about it until he was contacted by the Daily Mail.

he said: “I’m strongly in favour of the proposal to do a comprehensive survey of relationships between China and all our universities.

“Given that China has become a surveillance state, is probably guilty of genocide against the Uighurs in Xinjiang, and is snuffing out freedom in Hong Kong, we should be looking at these relationships very beadily.

“I’ve got no doubt at all that there are serious strategic and security issues at stake, because China represents a threat to liberal democracies all round the world.”

CIA sources have said that when Tencent was founded it received money and support from the Ministry of State Security, China’s main intelligence agency. A Pentagon report last month said it has been working closely with Chinese security agencies on artificial intelligence (AI).

Former Tory leader Iain Duncan Smith last night urged Oxford to reconsider its decision, saying: “There seems to be no end to the degree that universities will bend the knee to China for money.

“The reality is Chinese companies are obligated to the Chinese security apparatus to pass on information on demand, and for Oxford to celebrate Tencent by renaming this professorship is grotesque.”

Former Brexit Secretary David Davis added: “This is in my view a very unwise decision.’ Sir Richard Dearlove, the former head of MI6, said he was amazed Oxford agreed to rename a prestigious chair for just £700,000.

He continued: “The usual price for such things is in the millions. Having a foothold in the Oxford physics department is obviously of strategic interest to the Chinese government, and we should be very wary indeed of this kind of investment.”

‘We have deep respect for the rich history and innovative future of the UK’s higher education establishments, and are pleased to support their missions of learning, teaching and research.

‘We are also proud of our long-standing and strategic partnerships with a wide range of UK innovators, businesses, and creative and cultural leaders. We look forward to working together with them to innovate, grow – including in China – and fulfil their global aspirations.’ 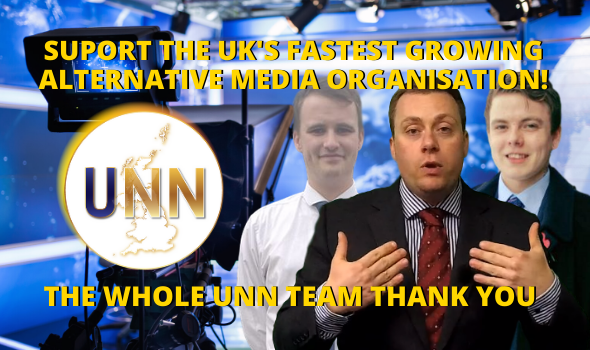 Unity News Network is a fast-growing dynamic alternative to the old media in the UK. We can only survive thanks to the support of everyday people like you. Donating to UNN allows us to continue our vital work giving you access a detailed analysis of UK and global issues as well as updates via our free to download the app and our ever-growing social media presence.

You can also join the UNN family as a premium member starting from £4.99 per month you gain full access to our in-depth premium content section and all aspects of our APP – CLICK HERE now to find out more…

Help keep Unity News Network continue spreading the truth and being that much-needed alternative to the legacy media. Your support is needed now more than ever and the full team at UNN appreciates your support.