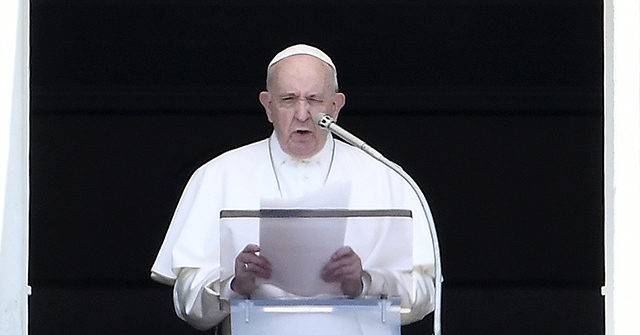 ROME — Pope Francis has promised his prayers for the victims of recent shootings in three different American states, declaring Sunday that he is “spiritually close” to those who have suffered from this spate of violence.

“I am spiritually close to the victims of the violence that has bloodied Texas, California, and Ohio in the United States in recent days, striking defenseless people,” the pope told the crowds gathered in Saint Peter’s Square for his Angelus message at midday on Sunday.

“I invite you to join my prayers for those who have lost their lives, for the wounded and their families,” he said, before intoning the Hail Mary prayer with which many joined in.

Francis was referring to three separate incidents that occurred in the past week, beginning with a shooting last Sunday at a garlic festival in Gilroy, California, a city in Northern California’s Santa Clara County. In that attack, the gunman, Santino William Legan, 19, fatally shot three victims and wounded 12 more before eventually shooting himself in the head as police closed in.

Despite California’s strict gun control laws, Legan was able to purchase an “assault style” rifle in Nevada with which he carried out the lethal attack.

Less than a week later, a gunman believed to be a 21-year-old Dallas-area man named Patrick Crusius went on a shooting spree on Saturday morning at a Walmart near the Cielo Vista Mall in El Paso, Texas, killing at least 20 people and wounding another 26.

President Trump called the El Paso shooting as “an act of cowardice” and expressed his condolences to the people of Texas.

“Today’s shooting in El Paso, Texas was not only tragic, it was an act of cowardice. I know that I stand with everyone in this Country to condemn today’s hateful act. There are no reasons or excuses that will ever justify killing innocent people,” the president wrote on Twitter.

Finally, hours later, near 1:00am on Sunday morning, a mass shooting event took place in Dayton, Ohio, resulting in the death of nine people with another 26 injured. Police confirmed soon after they had killed the gunman at the scene within a minute of him opening fire.

While the U.S. bishops have reacted to these acts of violence by calling for tighter gun control laws, Pope Francis limited himself to offering prayers and condolences for the victims and their families in his message Sunday.