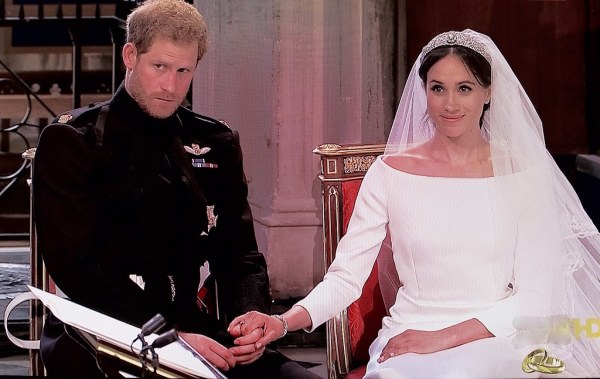 Prince Harry, who last year announced that he would “step back” as a senior member of the royal family along with his wife, Meghan Markle, appeared on stage to screaming crowds on Sunday at a charity concert in Los Angeles.

The Duke of Sussex featured alongside various US celebrities and President Joe Biden for anti-poverty group Global Citizen‘s ‘Vax Live’ event. The Duke was introduced with his name showcased in neon lights and was given a standing ovation by the audience before delivering an enthusiastic speech; calling for COVID-19 vaccines to be “distributed to everyone everywhere.”

Calling for the “fair distribution” of the vaccine to “every corner of the world,” Harry – who is a campaign chair of Vax Live along with his wife Meghan – implored the audience to “look beyond ourselves with empathy and compassion” and “lift up all of humanity [to] make sure that no person or community is left behind.”

The Prince reaped critical acclaim from the American media in the wake of the appearance, with NBC Universal’s Mike Sington writing on Twitter:

“Prince Harry gets his name in lights, as he makes a rock star appearance to a standing ovation in Los Angeles.”

“Well, he’s here! Los Angeles LOVES Prince Harry tonight – he gets electric reception and standing ovation as he steps out on the biggest stage since moving down the road in Montecito.”

The Duke appeared without his wife the Duchess of Sussex in his first TV appearance since the funeral of Prince Philip on April 17th.

In October 2019, the Duchess of Sussex, Meghan Markle, complained of her struggle of becoming a mother amid intense scrutiny by the UK media and noted that the adjustment to royal life had been “hard.” At the same time, the media reported a rift between Prince Harry and his brother William, the Duke of Cambridge, and Prince Harry began legal action against the Daily Mail – citing “bullying” and “relentless propaganda” against his wife after the paper published a handwritten letter from Meghan Markle to her father.

Then, in 2020, the Duke and Duchess announced that they would renounce their positions within the royal institution and take a “step back,” working to become financially independent while “supporting her Majesty the Queen.” The couple asserted that by splitting their time between the United Kingdom and the United States, they would be able to “raise their son with an appreciation for the royal tradition while also providing our family with the space to focus on the next chapter.”

On March 7th of this year, the couple spoke with Oprah Winfrey in a highly controversial interview. Among a range of explosive allegations, Meghan asserted that she was denied help from the royal family after suffering suicidal thoughts and was subject to “racism.” Additionally, the couple complained that they were “literally cut off financially” by the royal family following their departure and were forced to make multi-million pound deals with Spotify and Netflix.

The interview, which was lambasted in the UK – with YouGov finding only 21 per cent of UK citizens viewing it as appropriate – was received well in the United States. Since then, the Duke and Duchess have been involved heavily in American celebrity culture with Oprah Winfrey revealing on Monday that she would host a new TV series starring the Prince.

However, in the wake of Harry’s appearance at Vax Live, Prince of Wales and brother Prince William reportedly labelled the Duke and Duchess of Sussex a “distraction.” Speaking to Talk Radio, royal expert Russel Myers explained that the royal family want to “draw a line under Harry and Meghan.”

“The rest of the Royal Family are very, very united in trying to get back to business. We have hardly seen them. They have popped up on Zoom calls here and there. No one has done the real business of monarchy, which is getting out, being among the people and shining a light on different charities, and travelling the world and the Commonwealth.”

Myers’ comments came after radio host Kevin O’Sullivan noted that “there was a suggestion that Charles was all for forgive, forget, heal the rift – but apparently not.” Myer’s asserted: “If that is his state of mind, I think the British people will be behind him every step of the way. I think most people think Harry does not deserve to be forgiven,” noting that the Oprah Winfrey interview “went down like a lead balloon.”