It is truth-bomb time folks – that which was once deemed “conspiracy theory” is now indisputable fact. 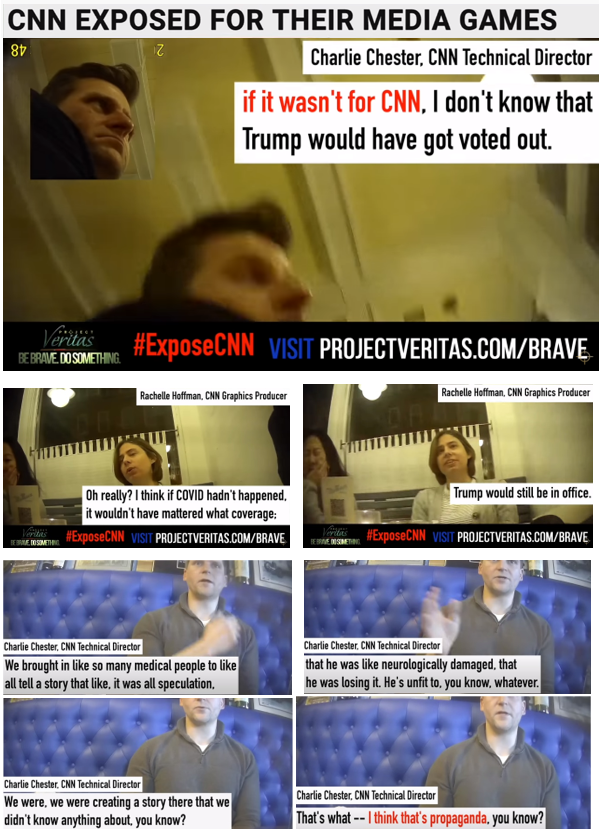 Many of us (including President Donald J Trump) were under no illusion that mainstream media were promulgating propaganda rather than reporting real news.  The same narrative broadcast across multiple platforms in order to manipulate public perception – ignoring news they don’t want you to know.

Undercover footage shows CNN employees boasting how the network engaged in propaganda, their sole focus was to remove Donald Trump from office.  They did this in a two-pronged attack firstly, they would concoct stories about Trump to portray him in a negative light and secondly they would present images of Joe Biden as a vigorous and healthy individual, jogging and wearing aviator shades to, in Charlie Chester’s words, “paint him as a young geriatric”.

This is irrefutable proof that we cannot trust what is presented to us by the mainstream media.  The fact that not one mainstream network has covered this explosive exposė speaks volumes about the collusion.  They are partisan cheerleaders creating a narrative that suits their agenda.  Jack Dorsey’s Twitter has rushed to CNN’s aid censoring Project Veritas’ Investigator James O’Keefe from the platform.  O’Keefe has indicated he will be suing Twitter. 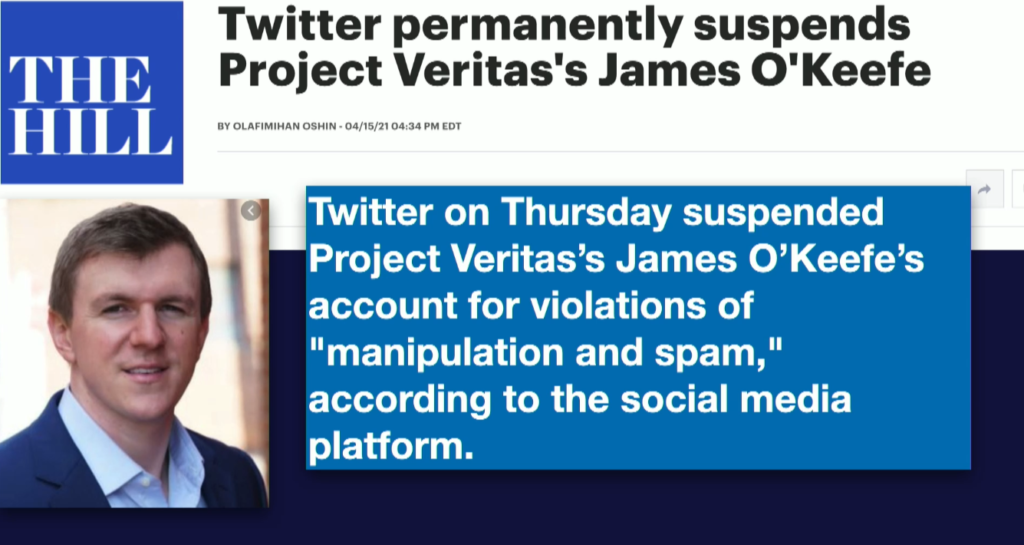 Charlie Chester went on to state that the next story CNN would be focussing on would be Climate Change which they will “probably be able to milk for quite a bit. Climate Change is going to be the next Covid – be prepared it is coming” – Fear sells”.

Part 2 is a continuation in which Chester claims that CNN, who calls itself ‘The Most Trusted Name in News,’ intentionally hyped Covid for ratings, using the death toll numbers to entice viewers. 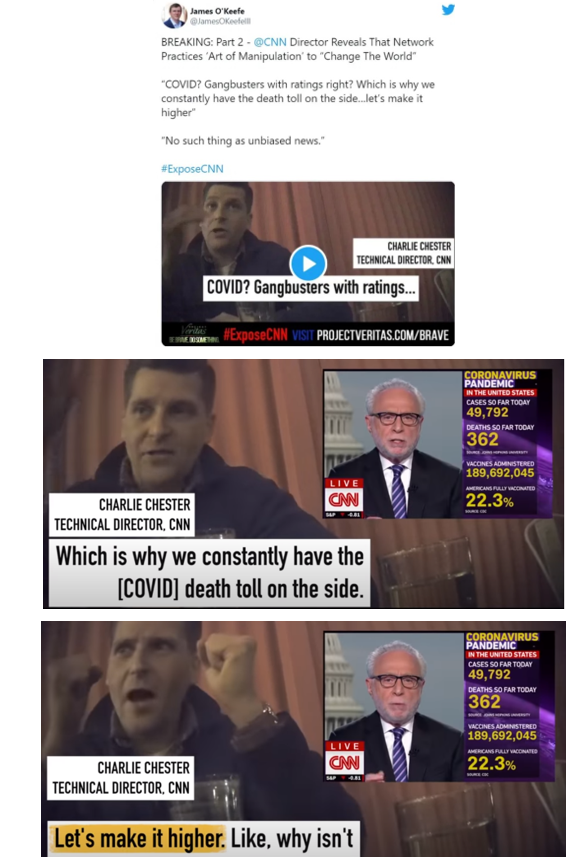 The tapes confirm suspicions as to how a propaganda outlet is created and operates when he talks about the on-air personalities at his network and their ability to elicit responses that fit a pre-selected narrative: “Any reporter on CNN, what they’re actually doing is they’re telling the person what to say… like leading them in a direction before they even open their mouths…only people that we will let on the air…are people that have a proven track record of taking the bait.”

Chester was asked why CNN never showed the recovery rates, his answer, “because that’s not scary that’s why they don’t do it – If it bleeds, it leads”.  It is all about ratings.

It was revealed in the footage that one man literally runs the network, Jeffrey Zucker. Zucker is an American media executive. He previously served as president and CEO of NBCUniversal.  He also served as an executive in residence at Columbia Business School. In November 2012, Zucker was picked to take over as the president of CNN he oversees CNN, CNN International, HLN, and CNN Digital. 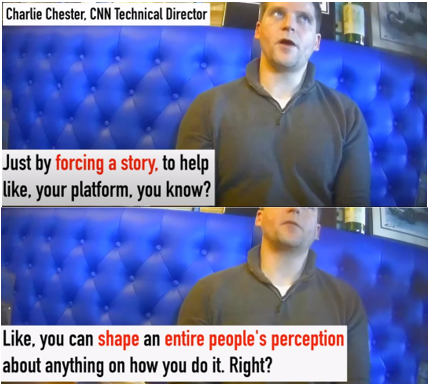 Project Veritas has just released Part 3, in which Chester says CNN is trying to protect Black Lives Matter’s race narrative. In a segment, he describes a practice of discarding information that doesn’t fit the desirable optic. He uses an example of when he researched violent attacks on Asians but found numerous instances of Asians being attacked by blacks, which would not fit the BLM narrative. “The optics of that are not good”.

It’s difficult to overstate the magnitude of these releases or predict how it will affect CNN.

I guess it will all depend on whether the mainstream media cabal can bury the story or not – doesn’t it – watch this space.