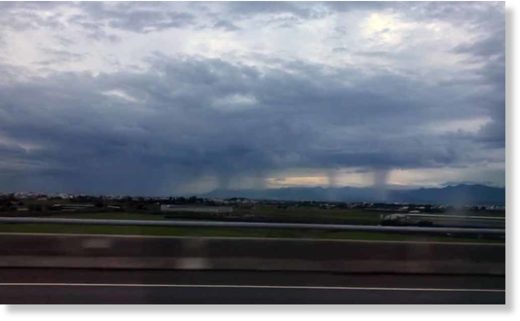 Drivers were stunned when this super-rare QUADRUPLE waterspout was seen tearing along the horizon. The incredible natural phenomenon was seen above a lake next to the coast of Tainan, Taiwan, today (25/06) just before nightfall.

Singaporean resident Eli Chew captured the scene while she was a passenger in a taxi travelling along the highway during a visit to the area. She said: ”We saw the waterspout after landing in Tainan in Taiwan.

According to our driver, it was a rare sight. It was our first time in the country. Seeing this was very special.