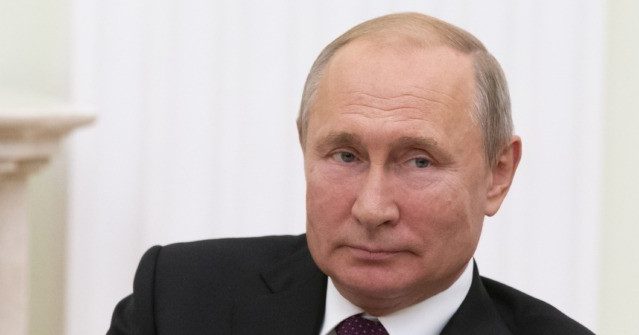 A senior Russian official suggested that Moscow could be a top partner to Cuba should it ever decide to build a nuclear power plant, the island independent outlet Cubanet reported Monday – the latest ploy to expand Rosatom’s reach into underdeveloped allied nations.

Rosatom, the Russian state nuclear company, has signed deals with several African nations to develop large nuclear power plant complexes, raising concerns about the safety of the region given the risks of placing tons of nuclear material in countries with unstable governments. Russia has also suffered several prominent nuclear accidents in the past two months, elevating skepticism that it can guarantee the security of nuclear facilities.

The issue of atomic research came up last week in relation to a visit by Russian Prime Minister Dmitry Medvedev to Havana, where he spent most of his trip denouncing American sanctions on the repressive communist regime there. Medvedev himself did not mention nuclear energy but, according to the Russian government websites RT and Sputnik, first deputy head of the Russian Government Office Sergei Prikhodko did.

We are currently examining some interesting projects on the non-energy use of atoms,” Prikhodko said. “Really, this is about the use of nuclear technology in medicine and agriculture.”

Prikhodko added that Cuba is equipped with “a professional corps of highly qualified physicists and engineers who graduated from Soviet and Russian schools.”

A major hurdle for Moscow is that Cuba reportedly has no interest in spending money on an elaborate nuclear energy sector, despite the fact that the communist regime’s dilapidated energy grid is on the verge of collapse, causing regular blackouts throughout the country.

As our Cuban colleagues had informed us, they have no plans of creating nuclear power generation industry in the country, Prikhodko said. If this decision is reviewed, then naturally, Russia will be ready to become Cuba’s strategic partner in this direction. At present, we are discussing a wide range of so-called non-energy use of peaceful atom

While RT claimed “Moscow is planning to cooperate on nuclear energy with Havana,” the topic did not arise publicly in talks between Medvedev and Cuban officials last week.

Castro Díaz-Balart was 68 when he committed suicide last year after months of being in what the government called a “deep depressive state.” Havana has never elaborated on the circumstances of his death and has largely failed to replace his capacity as a nuclear energy leader on the island.

As the head of Cuba’s failed nuclear program, Díaz-Balart was in charge of the Juraguá Nuclear Power Plant in central Cuba, whose construction began in 1983. The collapse of the Soviet Union resulted in the cancelation of the project even as construction on one of the reactors was complete. Escaped workers on the plant offered testimony to the House of Representatives suggesting that “safety concerns such as poor construction practices … could affect the safety of the reactors’ operation.”

González noted that, as recently as this February, the Communist Party newspaper Granma boasted about the regime’s alleged efforts to make the “Nuclear City,” the region around the doomed power plant, plentiful in food and agriculture. Cuba is currently facing extreme food and basic good shortages, a product of decades of socialist mismanagement and the collapse of its colony, Venezuela.

Medvedev suggested extending economic ties to Cuba outside of the nuclear sector, though he did mention energy development as a sector in which both countries could cooperate while in Havana.

Russia and Cuba have large joint projects in various areas, including transport, agriculture, energy and high technology. Today’s talks ended with the signing of a number of documents which will promote cooperation. pic.twitter.com/EPJottKf4C

A report by The Guardian this August revealed that Russia has been touring impoverished, unfree countries seeking nuclear deals, particularly in Africa. Rosatom has signed agreements with Sudan, Ethiopia, Republic of Congo, and Nigeria within two years – all nations with a history of unstable governments and insurgent movements. In the event of a government catastrophe in Nigeria, for example, the jihadist group Boko Haram could end up with access to nuclear materials.

These concerns do not take into account Russia’s own lackluster safety record with nuclear material at home. In July, for example, a nuclear-equipped Russian submarine suffered a major fire, killing 14 sailors. While Moscow insisted the fire never came close to triggering a nuclear disaster, one of the sailors speaking of the fallen at their official funeral thanked them for giving their lives to avoid a “planetary catastrophe,” raising eyebrows.

Two separate Russian power plants suffered accidents that same month. The Beloyarsk power plant went offline in mid-July automatically, a trigger that typically kicks in in response to an accident. The Kalinin nuclear plant, about 200 miles from Moscow, had a transformer short-circuit and shut it down the same week.

In August, a missile test site suffered an accident and subsequent fire that Russian officials refused to offer much information on. While Moscow claimed that the accident did not involve nuclear material, those injured at the explosion site showed signs of radiation, doctors said, and two nuclear monitoring stations shut down.