Russia to deploy advanced weapons ‘no other country has’, US says it “must address” this 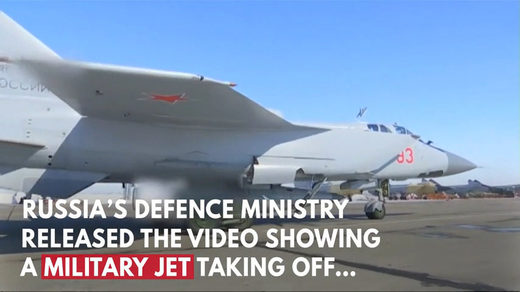 Russian President Vladimir Putin praised his country’s recent military achievements, including the development of state-of-the-art weapons that the U.S. military told Newsweek it now must match.

Addressing a promotion and award ceremony on Wednesday for officers and prosecutors at the Grand Kremlin Palace, Putin offered his congratulations for those being recognized for accomplishments “critical to the state.” Of the utmost important tasks, he explained, are “to reliably protect Russia and our fellow citizens from external and domestic threats, to clearly anticipate potential risks and challenges and to improve their performance gradually and consistently.”

“Your key priority is the development of the Russian Armed Forces,” Putin said. “Our army and navy have proved their high readiness, yet we intend to build up our defense capability and to deploy hypersonic, laser and other cutting-edge weapons which no other country has.”

“However, this is not a reason for threatening anyone,” he added. “On the contrary, we are ready to do our best to promote the disarmament process with the help of these novel weapons, which have been created exclusively to guarantee our security in the face of growing threats to our country.”

The Russian military tests the Avangard hypersonic glide vehicle at the Dombarovsky Air Base near near Yasny in Russia’s Orenburg province, December 26, 2018. The weapon was said capable of traveling more than 20 times the speed of sound, delivering a missile faster than any existing defense. Russian Ministry of Defense

Russia and the United States have long accused one another of endangering global security through the pursuit of more advanced weapons with greater destructive capabilities. Moscow and Washington managed to overcome their hostility to sign landmark arm control agreements during the Cold War, but these deals have soon begun to unravel as their rivalry resurged in the 21st century.

The U.S. first left the Anti-Ballistic Missile Treaty in 2002, paving the way for the Pentagon to install various missile interceptors across the world in a move that Putin saw as the beginning of a global missile shield undermining Russian security. In an MSNBC interview shortly after the Russian leader introduced an array of breakthrough weapons in March of last year, he recalled the U.S. exit from the 1972 ABM Treaty and said it was at that “very moment” that “an arms race” began.

This new arsenal included the RS-28 Sarmat intercontinental ballistic missile along with the Avangard hypersonic glide vehicle that was claimed capable of delivering the ICBM at speeds beyond 20 times the speed of sound. Also in the hypersonic realm was the Kh-47M2 Kinzhal air-launched ballistic missile and the later-introduced 3M22 Zircon sea-launched cruise missile.

All of these weapons — along with the new Poseidon underwater torpedo drone, 9M730 Burevestnik nuclear-powered cruise missile and Peresvet laser system — were said to be invincible against leading and even prospective defenses. With China too now developing such capabilities, the U.S. has taken an increasingly proactive stance in this field.

“While the United States has been the world leader in hypersonic system research for many decades, we did not choose to weaponize hypersonic technology,” Pentagon spokesperson Air Force Lieutenant Colonel Robert Carver recently told Newsweek in a statement. “Those who sought to be our adversaries have decided to weaponize it, which has created a warfighting asymmetry that we must address.”

“The Department of Defense leads in hypersonic research, and fielding hypersonic weapons is our highest technical research and engineering priority,” he added. “We continue to engage in that work with the intent to leave no doubt about our ability to maintain future battlefield dominance across all warfighting domains.”

The U.S. ultimately left the agreement in August and, just weeks later, tested its first INF-busting missile using the same Mark-41 Vertical Launch Systems used in the Aegis Ashore but reconfigured to fire a variant of the Tomahawk land attack missile. Both Russia and China accused the U.S. of attempting to provoke an “arms race.”

President Donald Trump told reporters that his administration is “looking at a major arms control kind of an agreement right now with Russia and China” and that “they would both like to do it, especially as we’re talking about nuclear weapons.” While Moscow has endorsed a new deal, Beijing has pushed back, rejecting Trump’s remarks.

“China’s attitude is very clear,” Chinese Foreign Ministry spokesperson Geng Shuang told a press conference Tuesday. “The premise and basis for a trilateral arms control negotiation doesn’t exist at all and China won’t be part of that. Like we said, the U.S. has been trying to drag China in when it comes to this issue. We wonder whether the U.S. wants to have China’s nuclear arsenal increased to its level or reduce its own nuclear arms to China’s level?”

The U.S. and Russia possess by far the most nuclear weapons of any country in the world. Their stockpiles, however, are restricted by a third nonproliferation agreement, the New Strategic Arms Reduction Treaty. The treaty was set to expire in 2021, but both sides have so far failed to come to the table, potentially paving the way for the first untethered nuclear production in generations.