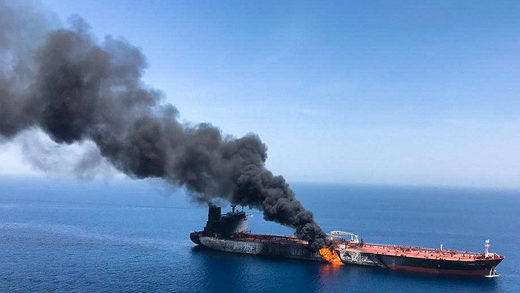 The attacks taking place in the Gulf and its waters against harbours, energy supply pipelines and oil tankers have assumed the proportions of a small scale war; however a wider war will happen only if Iran or the USA make future mistakes or incite new frictions. A suspicious move or misinterpretation of events could lead to a broader Middle Eastern war, especially since both armies and their allies are on full alert. The military effectiveness of both sides and their allies – spread to all corners of the Middle Eastern – are substantial and should not be underestimated.

It is not the habit of the US to look for just, substantial and robust pretexts for war once the decision to go to war has been taken. Recent events – the sabotage acts at al-Fujairah (the Emirates), the attack on Aramco pipeline, the attacks on two tankers in the Gulf of Oman, and the US Central Command video purporting to show Iranian boat personnel removing an unexploded Limpet mine from Kokuka Courageous – have already given the US ample pretexts for war, if the US were looking for war. If this were the case, President Donald Trump would have already ordered his military to conduct precision missile strikes similar to the attack he ordered against Syria or at least a punitive airstrike together with his close European partners. Or perhaps even prepared his army to go to war as George W. Bush did with Iraq in 2003.

The reason Trump has refrained from launching any order for attack is that he is aware that a military operation against Iran will be anything but a walk in the park. The consequences of such an attack are unpredictable and its outcome will certainly not be to his obvious advantage.

This is enough to show that Trump doesn’t want to go to war and, at the same time, has failed to anticipate Iran’s reaction to his aggressive sanctions and threats. The US President most likely failed to understand or take seriously his Iranian counterpart Hassan Rouhani when he announced last year that “if Iran can’t export oil from the Gulf, no other country can”. The habitual empty phrases and bluster of Western political discourse so characteristic of Trump perhaps make it difficult for Western leaders to engage with public figures who mean what they say.

Both sides, Iran and the US, have reached an impasse. Iran believes that agreeing to sit around a negotiation table with the US would be a signal of weakness. Moreover, Tehran has no trust in US commitments and promises. The Leader of the Revolution Sayyed Ali Khamenei told Iranian officials: “If the US asks for a finger and we give it, the next demand will be for the entire hand. If we give that, the entire arm will be next and then the whole body. Never trust the US”.

Trump cornered himself when he ditched the nuclear deal and imposed severe sanctions on Iran. Indeed, he let the genie out of the bottle and unified the Iranian street population against the US administration, at a time when many in Iran were supporting negotiations and the resumption of ties with the US.

Trump underestimated the military capabilities of Iran, and in particular the strategic significance of the cruise missiles now held by Tehran’s allies in Lebanon, Iraq, Syria and Yemen. These and other similar military assets can cause great physical harm to US allies in the Middle East and to US forces deployed in the region. Such a confrontation will also destabilise the world economy and Trump will be the first to be blamed, even by his own partners, because it was he in the first place who revoked the nuclear deal triggering the current escalation of tensions – and whatever comes next.

Trump says he doesn’t want a military escalation. This intention is today clearly expressed by the US Central Command: “The United States has no interest in engaging in a new conflict in the Middle East”.

A wider war will be very destructive to Iran but equally devastating for many countries in the Middle East. Iran’s allies say they are ready for war. In Lebanon, the Leader of Hezbollah Sayyed Hassan Nasrallah told his political officials and his military commanders last month (despite multiple denials) that war this summer is highly likely. This was also the assessment of the IRGC commander Qassem Soleimani who told his partners that Iran won’t agree to live under harsh sanctions. Sayyed Nasrallah warned this month that “the entire region will burn if the US goes to war against Iran”, leading to “all US forces and interests in the region being annihilated“. In Iraq, several Iraqi groups vow to oust the several thousands of US troops from the country. These are well experienced fighters and equipped with cruise precision missiles that will more than likely be used to hit the different US bases spread over the country in case of war on Iran. In Yemen, Houthis have already used a precision cruise missile, hitting Abha Saudi airport and, last month, used an armed drone to hit an oil station in the Saudi province of Yanbu.

All this shows that Iran is ready to burn the Middle East if it is prevented from exporting its oil. Trump must now be aware of this eventuality and that the sanctions he has implemented will lead either to war or at best to the insecurity of energy shipping from the Gulf to the rest of the world.

Trump is in no position to venture into war at a time when he is about to start his electoral campaign for re-election. The bodies of US soldiers returning home in plastic bags would become the historical legacy of the Trump era. 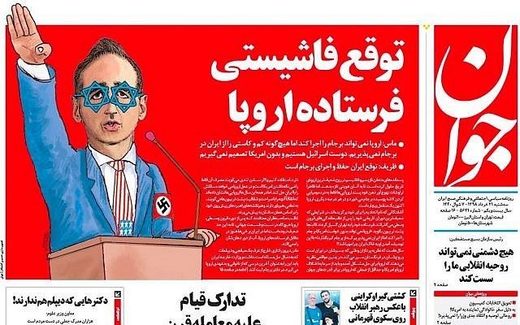 But the US President is offering Iran nothing to negotiate for that might ease tensions. The European and the Japanese envoys flocking to Iran to “mediate” have conspicuously not offered to buy their share of the two million daily barrels of oil on which the Iranian economy depends, nor to lift the US sanctions and bring back the companies which deserted Iran under threat of US sanctions. The merely verbal support of these emissaries does nothing to ease life for the Iranian population living under these draconian economic penalties imposed by the US.

If in fact Iran is behind these attacks in the Gulf, the absence of any plausible escape from Trump’s aggression is leading Iran on a path of gradual escalation. Whoever attacked the two tankers in the Gulf of Oman did not intend to sink or destroy them; were that the case, at least 6-8 mines would have been used to destroy all compartments in the tanker. Even the position of one of two mines above the water lines suggests that whoever did this wanted to minimise pollution to the Gulf. 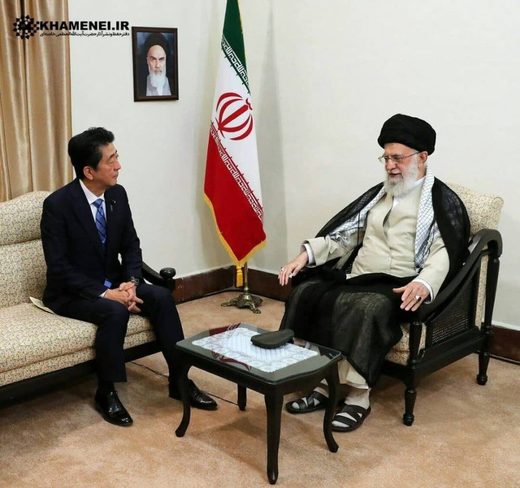 If this is the path Iran has chosen, the next hit will be harder. Will there be more attacks on airports, oil stations, or tankers? The next attack may sink a ship. The “war on tankers” has certainly not come to an end with this last attack in the Gulf of Oman.

Of course, Iran is the primary suspect behind these attacks, but no hard evidence has been offered to-date. Removing an unfamiliar limpet mine so quickly and easily – as shown by the US video – would be quite unusual even for explosives experts. No expert – even one very familiar with the device – would touch unexploded ordnance without taking extra precautions, making a slow and acute examination of any possible booby-trap, or taking measures against a possible explosion via remote-control. Robust evidence rather than simplistic analysis is needed because of its grave implications.

So is there any way out of this cycle of escalation? Iran doesn’t trust the United Nations because the US administration has diminished its role and effectiveness. It doesn’t trust Europe, which has chosen to sit idle, divided and submissive to US sanctions and bullying. Iran doesn’t trust Trump who revoked the nuclear deal and is domestically accused of not “respecting the rule of law or democratic institutions”.

Coordination with Russia is out because it would look bad in Trump’s election campaign. He also cannot afford to give the upper hand to China, the worst economic competitor and itself a US nightmare. The only possibility for a solution may be in the Gulf. Among Arab countries there are those that are not considered enemies and who enjoy good ties with both Iran and the US: Iraq, Qatar, Kuwait and Oman, for example. If the US refuses to consider, and rely on, any of these countries to start serious negotiations, and after lifting sanctions on Iran, the current small-scale war scenario may well assume greater dimensions in coming weeks.

Premium membership is required to access the live stream chatroom. Click here to upgrade if you are not yet a premium member.