State Dept: Buying American weapons will bring you the magic of friendship, especially if you ditch arms from Russia and China 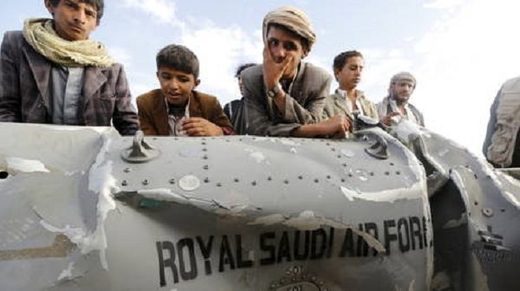 You may think that when a nation buys US weapons, it gets the tools to scare away or kill its enemies. But according to a US official, Humvees and Patriot missiles have a secret ingredient that the competition lacks: friendship.

Making car salesman pitches to international deals seems to be a fad in the US administration. When you buy a US-made car, you’re buying the chance to be who you are, or a loving family, or whatever. Buying US liquefied natural gas is buying “molecules of freedom.” And when you buy US weapons, you are buying the invaluable friendship of America.

At least that’s the core idea of a speech delivered by Assistant Secretary of State for Political-Military Affairs R. Clarke Cooper at an event at the Meridian International Center on Thursday, and ‘friendship’ is apparently the reason that nations should refrain from procuring weapons from the competition, namely Russia and China.

Washington is not happy when nations shop elsewhere, because those other suppliers “exploit the genuine security requirements of partners to create challenges in our ability – legal and technological – to provide them with the most advanced defensive capabilities,” Cooper said.

Beijing’s arms sales were the primary target of his ire. He branded Chinese products unreliable and lacking proper after sales service, and accused Beijing of using “cut-price systems such as unmanned aerial systems, predatory financing mechanisms, and sometimes outright bribery” to get the upper hand over Washington.

“China is using arms transfers as a means of getting its foot in the door – a door that, once opened, China quickly exploits both to exert influence and to gather intelligence.”

Russia received a dishonorable mention for “working hard to foist variants of its S-400 air defense system around the world.” The US fought tooth and nail to prevent the sale of the advanced system to Turkey and India. Washington retaliated against Ankara by kicking it out of the F-35 fighter jet program, claiming that otherwise Russia would learn the stealth aircraft’s secrets, using S-400 batteries deployed in Turkey to monitor flights.

Cooper argued that buying American arms is the best choice for everyone, despite the cost, long delivery times, and the risk of a deal being paused or even scrapped due to some internal political struggle in DC. After all, “partnership with America offers something a purchase from Russia or China never will: friendship.”

So the next time a US-made bomb dropped by a US-made warplane obliterates a bus full of children in Yemen, remember: the secret ingredient is friendship.