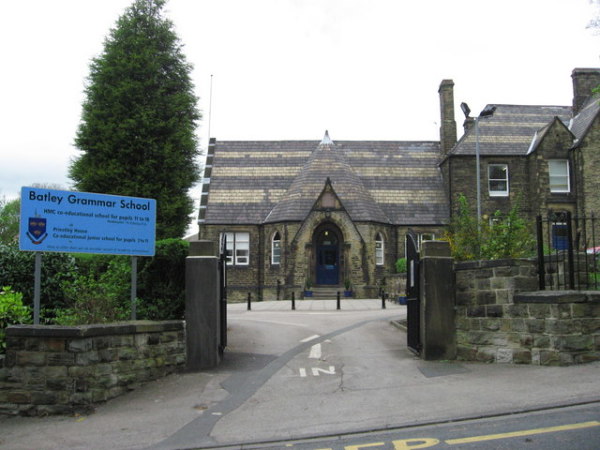 A trainee teacher was summoned to a fitness to practise meeting after he expressed his support for the Batley Grammar School teacher, who had been suspended in March after he exhibited a caricature of the Prophet Mohammad in class.

The Manchester Metropolitan University (MMU) trainee, who is due to complete his Postgraduate Certificate in Education course, contacted his course leader last month to express his concern for the treatment of the Batley Grammar School teacher. The MMU trainee, who told his course leader he “would not hesitate” to use depictions of the Prophet in a class similar to those shown by the Batley Grammar teacher, castigated staff at MMU for their “ludicrous” reaction to his views.

In March, the Batley Grammar School in Yorkshire made headlines after a teacher was suspended for allegedly exhibiting a caricature of the Prophet Mohammad in a religious studies lesson on blasphemy; an action which sparked days of protests at the school gates from local Muslim groups. On the 26th of March, Lotuseaters.com reported that the teacher in question had been forced to go into hiding as the Islamic charity Purpose of Life released his name to the public.

According to a 2015 Ofsted report, Batley Grammar School had 689 pupils, three-quarters of which came from a minority ethnic background. According to schoolhawk.co.uk, in 2018, 29.3% of pupils were of Pakistani origin, 24.2% of Indian, 23.5% were White-British, and 11% Unclassified, all other groups being much smaller.

In an email to his course leader at MMU on April 1, The Telegraph reported, the trainee expressed concern for the developments.

“I have been watching the scenes and response to what happened at Batley Grammar School recently and I am extremely concerned about the cowardly response from the unions and other bodies connected to teaching. I would like to know whether or not MMU is prepared to stand up for any student who finds themselves in a similar position.”

The trainee proceeded to argue that the teacher had been “thrown under a bus” and the protests outside of the Yorkshire school were a “clear attempt to enforce a de facto blasphemy law on teachers and schools.”

“I would not hesitate to use drawings of any religious figure, including Mohammed, and I certainly will not bow to any pressure from protests, and I would like to think that my university will stand with me.”

According to The Telegraph, the trainee was contacted one month later by the head of the Teacher Education Department, who informed him that he would be required to attend a “fitness to practise cause for concern meeting.” Citing the reasons for the reprimand, the head of the department said it was “specifically related to the Prophet Mohammed” and the student’s willingness to use a caricature in spite of the “particular sensitivities relating to drawings of him that do not exist for many other religious figures.” The head of the department said this would constitute a breach of the Teachers’ Standards which requires upholding “public trust in the profession.”

Speaking to TheTelegraph about MMU’s actions, the trainee said:

“It is ludicrous and humiliating. Depending on how they view it they could kick me off the course. Or they might say that they will fail me this time round and I have to try again.”

An MMU spokesman told the Telegraph in relation to the case that the university “has always supported and championed freedom of speech.”

“However, there is a difference between the expectations on students within an academic environment on a university campus and the expectations once our students move into a professional practice environment, such as a primary school. In this instance, it was thought best to have an initial discussion with the student about the potential impact in a primary school environment of the suggestion that he would be happy to share imagery that would be upsetting to people of a particular faith. We believe the discussion with the student was positive and constructive and we await further feedback from him before deciding whether any further steps are required.”