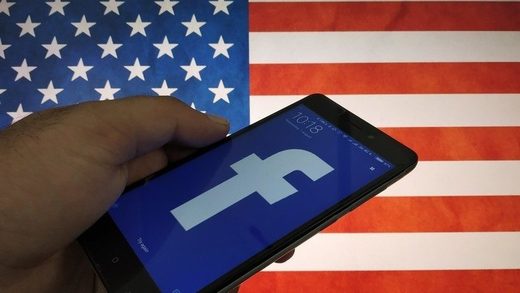 A newly proposed Texas bill aims to prevent the social media Masters of the Universe including Facebook and Twitter from infringing on free speech.

The Texas Tribune reports that a newly proposed bill before the Texas Senate aims to protect the free exchange of ideas on social media platforms such as Facebook and Twitter.

Senate Bill 2373, proposed by State Sen. Bryan Hughes (R-Mineola) aims to hold social media websites accountable for the restriction of users speech based on personal opinions. Hughes stated that the bill would apply to social media sites which claim to support free speech and advertise their platform as unbiased but repeatedly censor users. The bill was unanimously approved by the Senate State Affairs Committee last week.

Hughes highlighted a recent ad on Facebook by the Texas Senate Republica Caucus during the hearing. The ad was in support of a pro-life bill which was flagged by Facebook for promoting a “negative experience” on the platform. Hughes said Facebook told him that the site objected to the ad because it encouraged users to share it, but the Republican Caucus also posted an ad about the Senate’s property tax bill which also asked users to share the ad and this was not flagged by Facebook.

Ana Martinez, a public policy manager for Facebook, explained the issue with the ad stating: “The first ad was not penalized because of the views it expresses but because we have increased our efforts to reduce language in ads asking people to ‘share’ or ‘like if you agree.’ The ad was edited and was then able to run without issue. The second ad, however, should have also been flagged but enforcement is not always perfect.“

Those that oppose the bill have cited a “good Samaritan” policy which protects social media platforms and allows them to moderate content how they see fit. Kendra Albert, a lecturer at Harvard Law School, stated that federal law would likely prevent the new Senate Bill from being passed as it is more restrictive. “The federal law contains what we would call a ‘subjective standard,'” said Albert. It’s based on whether the provider thinks that this causes problems, whereas the Texas bill attempts to move it to an objective standard.”