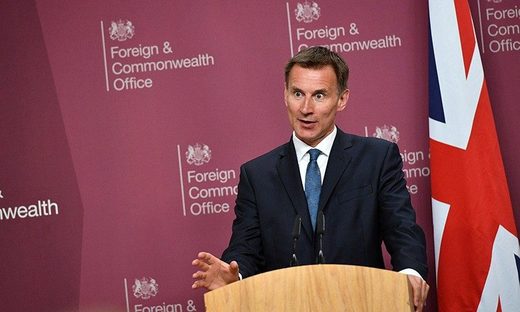 The British Foreign Office has banned Russian outlets RT and Sputnik from attending the upcoming Global Conference on Media Freedom in London, citing their predilection for “disinformation”.

“We have not accredited RT or Sputnik because of their active role in spreading disinformation,” said a Foreign Office spokeswoman.

“It takes a particular brand of hypocrisy to advocate for freedom of press while banning inconvenient voices and slandering alternative media; sadly, the world has learned to expect just that from the UK Foreign Office,” RT said in a statement in response.

“It amounts to direct politically motivated discrimination of the Russian channel,” said the Russian embassy in London. “The refusal of accreditation comes on top of the months-long smear campaign against RT by British political figures, governmental bodies, including media regulator Ofcom, and even fellow journalists.”

“Now a leading Russian international TV channel is denied access to the forum, despite being officially registered and working in the UK, on legal grounds,” the embassy added. “What better illustration of the real situation with media freedom in the UK does one need? Yet the organizers of the Conference, as far as we understand, wish to discuss the situation with media freedom anywhere in the world, but not in this country.”

The BBC’s report on this story hilariously contains a brazenly propagandistic video titled What’s so different about Russia Today? which carefully explains why it’s very important for the BBC’s audience to understand that RT is propaganda.

“They want to be an alternative view, which in fact is the propaganda machine of, and is paid for by, the Kremlin,” says the video by the BBC, a government-funded news station with an established history of collaboration with British intelligence to deplatform dissenting voices.

“The BBC tries to cover all the angles of the story, including those that wouldn’t be pleasant to the UK government,” the BBC video claims. “RT always picks up pundits, questions, issues, angles that show the Kremlin and the Russian government in a positive way.”

In reality, the BBC is very much guilty of enforcing what British journalist Jonathan Cook recently described as the “narrow manufactured consensus of supposedly rational policy — neoliberal orthodoxy at home, and neoconservative warmongering abroad.” Like all other mainstream British media, the BBC works to shrink the Overton window of acceptable debate and propagandize British citizens into arguing over how existing power structures should be aided and maintained instead of whether those power structures should exist at all. For the BBC to pretend that it is in any way superior to RT on any level is laughable.

But the BBC will certainly be in attendance at the Global Conference on Media Freedom, welcomed with open arms by the British government it only half-pretends to have an oppositional relationship with.

This would be the same British government that is currently holding journalist Julian Assange behind bars pending a US extradition hearing for exposing American war crimes. The same British government who UN Special Rapporteur on Torture Nils Melzer found guilty of participating in the psychological torture of that same journalist. The same Foreign Office whose head, Jeremy Hunt, told Face the Nation last month that he will allow Assange to be extradited to the US if he succeeds in his bid to become the next Prime Minister, after explicitly and repeatedly condemning the persecution of dissident journalists in other nations. 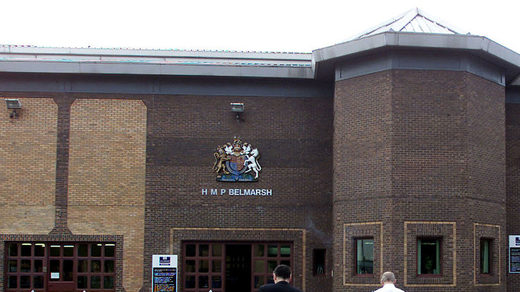 © Reuters/Russell Boyce /File
Julian Assange is being held at the Belmarsh Prison, London

You won’t see any of this ridiculous, jaw-dropping hypocrisy called out by the BBC, nor by any other mainstream outlet in the uniquely spineless and sycophantic British media. Do you know where you will see this hypocrisy being criticized? RT.

The only reason RT and Sputnik exist with any degree of popularity in the west is because, contrary to what the BBC claims, people are unable to hear any voices that are critical of real power from western mainstream media. If the BBC or any other British outlet were to begin platforming actual anti-war, leftist and anti-establishment voices with any degree of regularity, I can guarantee you with 100 percent certainty that RT and Sputnik would immediately lose their UK audiences.

But that never happens, because British mass media does not “cover all the angles of the story, including those that wouldn’t be pleasant to the UK government” as the BBC claims, it publishes propaganda which directly benefits the underlying power structures of the UK government. Their job isn’t to tell the truth and hold power to account, their job is to normalize the status quo, manufacture consent for endless war, and tell you day in and day out that Jeremy Corbyn is a cross between Adolf Hitler and a werewolf.

Jeremy Hunt longs for the days when a country could peacefully propagandize its citizens without this pesky problem of propaganda from other countries seeping into the mix and forcing everyone to think for themselves. We have been experiencing a brief but wonderful period where the internet has opened up rivers of information from all sorts of perspectives, but we will need to fight to keep those rivers flowing. Invisible censorship has already begun in earnest, and it’s at these conferences where they dream up even more insidious ways to throttle dissident voices.

Be vigilant. Fight them.

The best way to get around the internet censors and make sure you see the stuff I publish is to subscribe to the mailing list for my website, which will get you an email notification for everything I publish. My work is entirely reader-supported, so if you enjoyed this piece please consider sharing it around, liking me on Facebook, following my antics on Twitter, throwing some money into my hat on Patreon or Paypal, purchasing some of my sweet merchandise, buying my new book Rogue Nation: Psychonautical Adventures With Caitlin Johnstone, or my previous book Woke: A Field Guide for Utopia Preppers. For more info on who I am, where I stand, and what I’m trying to do with this platform, click here. Everyone, racist platforms excluded, has my permission to republish or use any part of this work (or anything else I’ve written) in any way they like free of charge.