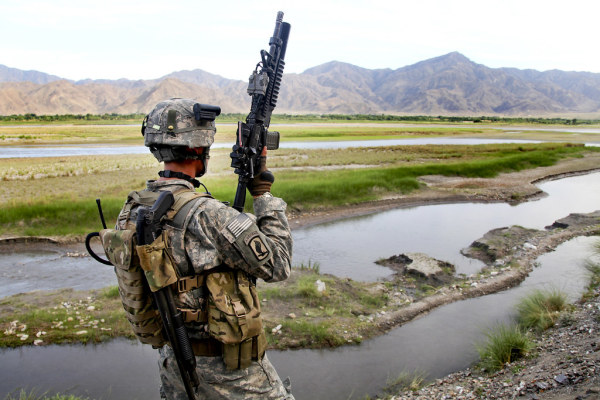 A top Democrat has revealed that the Biden administration will consider remaining in Afghanistan until November the 1st, violating the Doha Agreement established between former President Donald Trump and the Taliban.

On the withdrawal of troops from Afghanistan, Adam Smith, chair of the House Armed Services Committee, stated: “it’s a general feeling that May 1 is too soon, just logistically. You cannot pull out ten thousand-plus troops in any sort of reasonable way in just six weeks.” Speaking on Wednesday during a virtual event hosted by Foreign Policy, Smith asserted that “job one is to try to get back in to talk to the Taliban about at least giving us more time,” maintaining that the delay is “purely logistical.”

The extension would directly go against the deadline set out in the Doha Agreement, which was negotiated and signed between the Taliban and Trump administration last year. Under the terms of the deal, the US promised to pull all troops out of Afghanistan by May 1st as the Taliban entered into peace talks with the Afghan government and committed to ensuring that Afghanistan would not be used as a staging ground for terrorist attacks.

Currently, 3,500 US troops remain in Afghanistan along with an additional 7,000 NATO troops.

As reported by NBC News, President Joe Biden was supportive of the withdrawal on the 1st of May, with a government source stating that “Biden wants out.” However, Pentagon leaders have made the case that the Taliban will not live up to its end of the agreement. Lisa Curtis of the Center for a New American Security, argued that the risk of pulling all American troops out of Afghanistan was too high and that the Taliban would take over Afghanistan in 12-18 months, resulting in a “convergence of terrorists around the world.”

In late February, White House press secretary Jen Psaki said that there was an ongoing discussion in the White House on the issue and that Joe Biden would not be comfortable with the Taliban taking over power in Afghanistan. Accordingly, Biden hinted at a withdrawal extension, stating that he was “in the process of making the decision now as to when [US troops will] leave,” acknowledging that a full withdrawal by May 1 “is tough.” As reported by Foreign Policy, the Biden administration has sought two options – either to negotiate a brief extension of the May 1 deadline or propose a new peace plan that establishes a violence reduction accord and accelerates negotiations on a political settlement.

An extension of US troop presence in Afghanistan to November is likely to inflame tensions with the Taliban, who have long insisted on the removal of foreign forces from the country. Taliban official Suhail Shaheen told reporters last week while attending negotiations in Moscow:

“We hope [an extension] will not happen, that the [US] withdraws and we focus on the settlement, peaceful settlement of the Afghan issue, in order to bring about a permanent and comprehensive ceasefire at the end of reaching a political roadmap [for] Afghanistan.”

According to Foreign Policy, the Taliban would demand the release of Taliban prisoners and the removal of United Nations sanctions in return for an extension. They would additionally ask for a new interim Afghan government, which Afghan President Ashraf Ghani has firmly rejected in the past. A proposal of a so-called ‘peace plan’ by the Biden administration would also lead to further issues, featuring elements that neither the Afghan government nor the Taliban agrees on, such as an interim government, eventual cease-fire, free and fair elections, and a new constitution that protects women’s rights.

On Wednesday, Adam Smith acknowledged that US troops would be vulnerable and could “lose lives” if they remained in Afghanistan. On Monday, Democrat Congresswoman Barbara Lee sent a joint letter with Republican Ken Buck, calling on the White House to “honour the May 1st deadline for the withdrawal of all remaining U.S. troops from Afghanistan,” adding that “it is long past time to end these forever wars.”