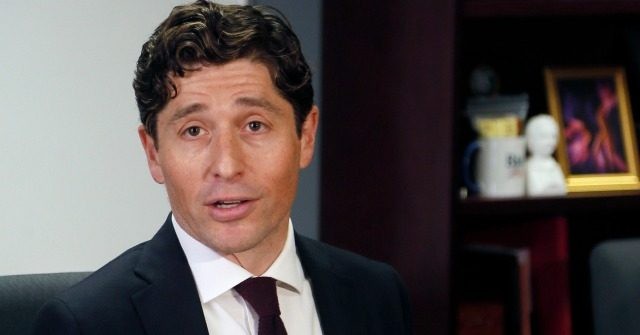 The Trump campaign claimed victory late Tuesday in its battle with Minneapolis Mayor Jacob Frey, a first term Democrat elected in 2017 who wanted the campaign to pay more than $500,000 in security expenses for Thursday’s rally at the Target Center.

“The arena in Minneapolis has been fully approved. The Target Center has backed off cancelling the contract, which means President Trump’s Keep America Great rally will go on as scheduled,” Trump 2020 campaign manager Brad Parscale said in a statement issued on Tuesday afternoon.

“Consistent with our original agreement with the venue, the Trump campaign has not agreed to pay any additional funds. We look forward to seeing everyone Thursday night,” Parscale concluded.

The Trump campaign criticized Frey’s action in a statement released on Monday evening:

The radical leftist mayor of Minneapolis, Jacob Frey, is abusing the power of his office and attempting to extort President Trump’s re-election campaign by conjuring a phony and outlandish bill for security in an effort to block a scheduled Keep America Great rally. Democrat Mayor Frey is using the bogus security charges to pressure the Target Center, site of the contracted October 10, 2019 rally, into preventing Minnesota residents from exercising their First Amendment rights in support of President Trump.

Frey’s city government preemptively informed the Target Center that it would be responsible for $530,000 in security and other costs related to the event. The Target Center attempted to pass the costs on to the Trump campaign under threat of withholding the use of the arena.

The Trump campaign informed the Target Center that the U.S. Secret Service is solely responsible for coordinating security and that withholding the use of the arena would be viewed as a breach of contract and result in court action. Additionally, the ridiculous sum of $530,000 is more than 26 times the estimated security costs for a 2009 Target Center health care rally held by President Barack Obama. Police officials estimated that the costs then were around $20,000. Again, the costs are a matter between the city and the Secret Service.

On Tuesday morning, President Trump blasted Frey in a tweet:

The battle lines between critics and supporters of the president have been drawn in Minnesota – a critical 2020 battleground state that President Trump lost by a narrow margin of about 44,000 votes – since his election in November 2016.

The Trump rally in the Target Center on Thursday is expected to accelerate that battle, as WCCO reported:

On Monday afternoon, a small coalition of protesters turned out to say their numbers will be much larger on Thursday.

“We invite all Minnesotans to join us to oppose Trump’s racist agenda, his anti-people agenda,” Tracy Molm, of the Anti-War Committee, said.

Earlier Monday outside Target Center, a small group chanted, “No Trump, no KKK, no racist USA,” ahead of holding a press conference regarding planned protests Thursday.

The coalition said they plan to protest peacefully, but they believe Trump will target U.S. Rep. Ilhan Omar during his rally. They’re worried that militia and anti-Muslim groups will follow the president to Minneapolis.

“We believe this will be the case this week as this president comes to continue to further pin neighbors against one another,” Jaylani Hussein, executive director of CAIR, said.

Supporters of the president, including “members of the Minneapolis Police Federation” and a number of grassroots conservative groups, are expected to turn out in large numbers outside as well as inside the Target Center rally.